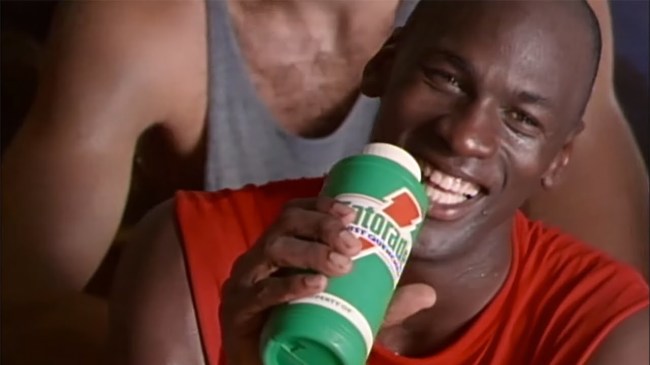 The “Be Like Mike” commercial from the early 90s inspired generations of basketball players from all around the world to emulate Michael Jordan on the court and on Sunday it’s time for a new generation to get inspired by Mike’s greatness.

On Sunday Gatorade relaunched its memorable 1990s “Be Like Mike” ad on Sunday featuring Zion Williamson, Celtics’ Jayson Tatum, Elena Delle Donne, who all looked up to MJ during their hoop careers.

The new Be Like Mike Gatorade ad will air during episode 5 and 6 of The Last Dance which focuses on the rise of Michael Jordan’s status as a pitch man off the court.

Tonight at 9 PM ET on ESPN.