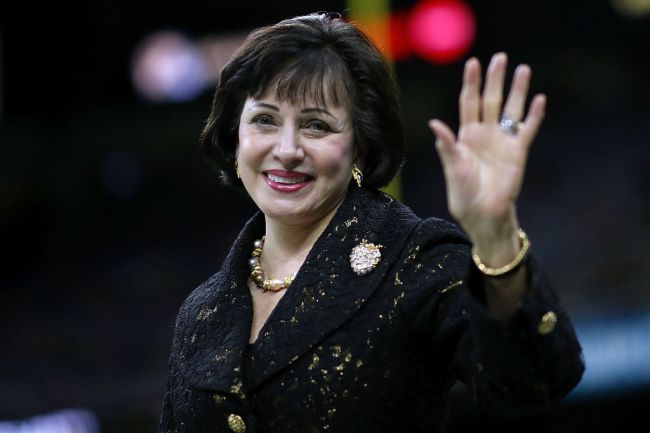 Saints and Pelicans owner Gayle Benson found herself in a scary situation last weekend. According to police and team officials, Benson was sitting in her car in Uptown New Orleans when a man barged in and tried to steal the vehicle.

According to NOLA.com, Benson began screaming at the man for him to get out and he obliged.

According to police, someone parked a white Nissan Titan directly next to Benson’s car in the 6200 block of South Claiborne Avenue about 2:15 p.m. last Saturday, Oct. 10. A man emerged from the Titan and got into Benson’s car, police said.

Police said the man got back into the Titan and fled when Benson ordered him out of her car.

The report details that Benson was actually sitting in the back of her car when the man entered the vehicle. Her driver had gone inside of a business, so she was sitting alone in the backseat.

A Benson representative issued a statement confirming the incident.

“While she was very shaken at the time, she was unharmed and is doing fine,” Bensel said in a statement Friday. “She wanted to send her sincere gratitude to the men and women of the New Orleans Police Department that responded so quickly and professionally.”

Investigators have not named any suspects in the case.

It’s been an eventful week or so for Benson and the Saints. Not only did she nearly have her car stolen with her inside of it, and thank goodness she’s alright, but the Saints have also threatened to leave New Orleans and play their home games in Baton Rouge at LSU’s Tiger Stadium

New Orleans’ mayor will not allow fans at any capacity to watch the Saints at the Superdome, so they may take matters into their own hands.