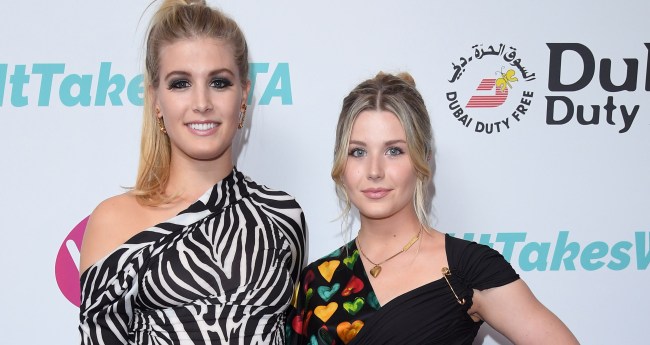 We’ve seen a lot of power couples in the world of sports over the years. The latest being LPGA star Michelle Wie and Jonnie West, son of The Logo, Jerry West, who were married over the weekend.

Sadly, they don’t always work out though (see Amendola, Danny and Culpo, Olivia).

The good news is that another sports couple eventually comes along and unless looks are deceiving we might just have it in the form of tennis bad boy Nick Kyrgios and Genie Bouchard’s twin sister Beatrice Bouchard.

You did know Genie Bouchard has a twin sister, right?

Genie and Beatrice are fraternal twins, as you can see in the photo above Genie is much taller, but Beatrice is actually the older sister having been born six minutes before her tennis star sibling.

Genie also has another sister, Charlotte, and a brother named William, both younger than the twins… but I digress.

Over the weekend, Beatrice shared a photo of herself in Montreal for the Canadian Open cuddling with Kyrgios, leading her brother Will to comment with a 👀 emoji.

Kyrgios has previously dated Australian tennis player Ajla Tomljanovic, and has played mixed doubles with Genie, practiced with her in advance of Wimbledon this year, and played… badminton (?) with her in 2017.

Younger sister Charlotte has almost 91,000 followers of her own.