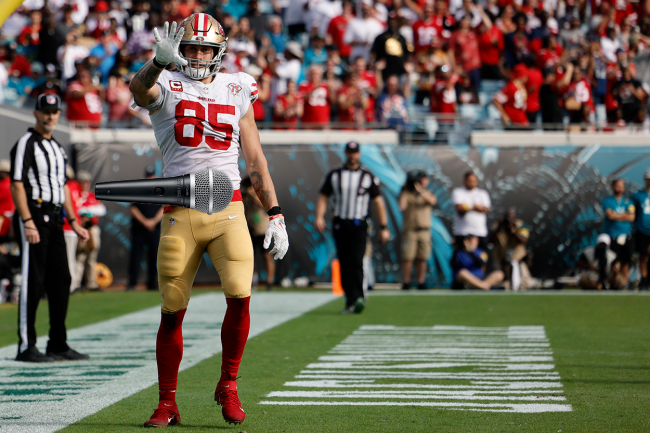 The 49ers beat the Vikings on Sunday afternoon to secure their fourth win in a row, but it didn’t come without controversy. After the game, Minnesota head coach Mike Zimmer had some strong accusations, but San Francisco tight end George Kittle was not interested in entertaining them.

During the postgame press conference, Zimmer called out the 49ers secondary. He said that they were holding his offensive guys all game.

“These guys hold all the time,” Zimmer said of San Francisco’s defensive backs. “They’re grabbing us around the waist, grabbing us on our backs. Officials don’t want to call it every play, but until they start calling it every play, they aren’t going to stop doing it.”

In response, Kittle put Zimmer in a body bag, effectively embarrassing his complaints in the coldest way possible. He said that if Zimmer wants to win, he should consider having his team play better.

“I mean, you can watch plenty of pass plays,” Kittle said. “I finally got a holding call out there on a pass route. Got hugged and tackled, and I think (there were) about three of those out there that don’t get called. It’s football. Refs throw flags, refs don’t throw flags, it’s just the game. If you’re going to sit on the sideline and complain about holding the whole time, tell your guys to make better plays.”

Ruthless stuff from Kittle. If you don’t want to lose, make better plays. The math certainly seems to add up!