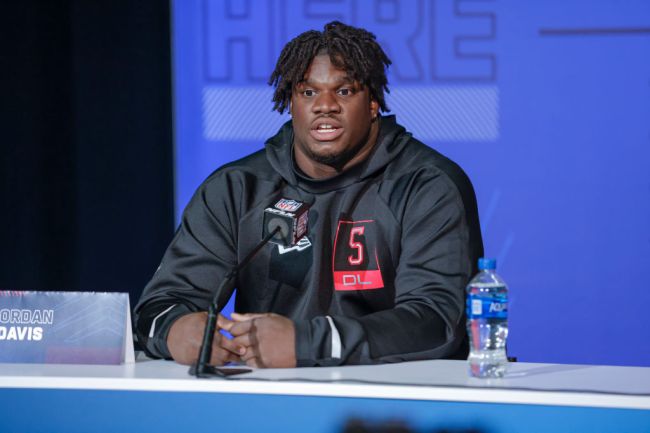 Every year, the NFL Combine introduces football fans to some freak athletes that they may not have been familiar with during their college careers. This year has been no exception to that. We saw some unbelievable 40-yard dashes over the last couple of days, but today may have provided us with the most impressive display yet.

Today, the defensive linemen got their shot at the athletic testing and one player has stood out. Former Georgia defensive tackle and unanimous All-American, Jordan Davis has been putting on a show today.

It started with a 4.78 40 that got the internet talking about him.

Then Davis followed it up with a 10’3″ broad jump later on in the day.

Jordan Davis was already being projected as safely being selected in the first round of the NFL Draft and these numbers can only help his draft stock.

His combine performance has truly been a sight to behold. This is a 341 pound man that ran a 40 that was .13 seconds slower than Kyren Williams, one of the top running back prospects in the draft.

It also gave him the second highest Relative Athletic Score ever, behind only Calvin Johnson. This could convince somebody to spend a top 15 pick on such an anomaly of an individual.

I can only imagine what mock drafts are going to look like for Davis in the next few days as the hype builds around a historic combine performance.