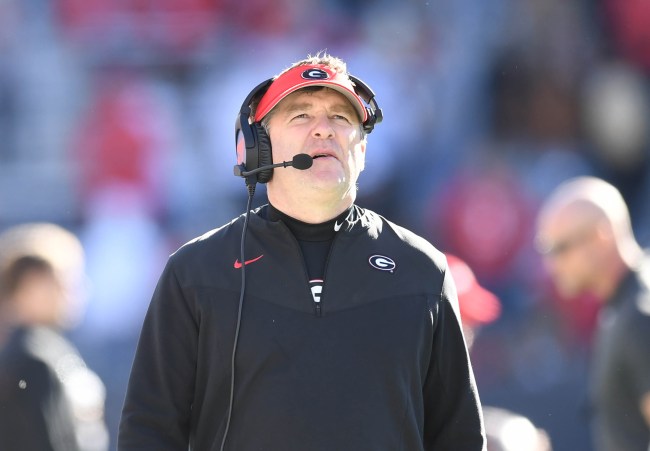 A quarterback controversy has developed at Georgia, but today their head coach made it clear who would start Friday’s game against Michigan. According to Kirby Smart, Stetson Bennett remains the starting quarterback for the Bulldogs.

“Stetson is our starting quarterback. The JT situation will be what’s the situation (in the game), right? And also is he healthy enough.”

Bennett appeared to have a firm grasp on the starting job for most of the season. The Bulldogs were rolling through opponents and Bennett had the offense looking ready to take home a national title.

Then they ran into Alabama. Everything was going fine for the Bulldog offense in the first half. They took an early 10-0 lead and added another touchdown before the half. They trailed by a touchdown at halftime, but certainly didn’t look out of the game by any means.

The second half was a disaster. Bennett threw two interceptions, including a pick-6 that put the game out of reach. Georgia only mustered 7 points in the second half en route to a 17 point loss.

Georgia falling short once again in the SEC title game (they’re 1-5 in their last 6) was enough to stir up a controversy at the quarterback position. It’s not hard to see why fans would at least be curious about what JT Daniels has to offer.

Daniels was a highly touted recruit at USC before an injury opened the door for Kedon Slovis to take his job. He transferred to Georgia, but was beaten out for the starting job. He eventually got a chance to start because of an injury to Bennett last season.

He played well in 4 starts, averaging over 300 yards per game, passing for 10 touchdowns, and going 4-0.

Bennett has thrown for 2325 yards and 24 touchdowns this year with 7 interceptions. He’ll be hoping to prove Kirby Smart right this week and lead the Bulldogs to a win over Michigan and a spot in the title game.