Scary Scene At Auburn As Georgia Student Photographer Gets Knocked Out, Stretchered Off Field After Getting Run Over By Player On Sideline 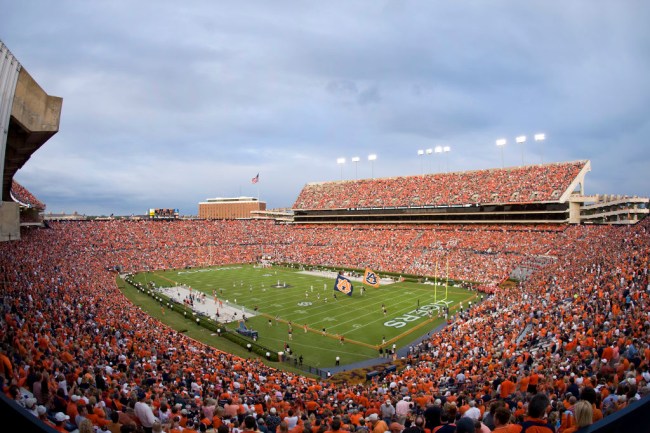 Just before halftime of the Georgia – Auburn game, Georgia running back Brian Herrien caught a swing pass from Jake Fromm towards the sideline and as he was pushed out of bounds by an Auburn defender he ran over a female photographer.

The Georgia student photographer immediately fell to the ground and it was very clear she was knocked unconscious, lying there motionless. Trainers and medical staff immediately came to her side, but she laid there, knocked out for what seemed like minutes.

Prayers to this female journalist who was hit hard on thay last play. Jordan-Hare Stadium is frozen. She’s knocked out. Paramedics brought the stretcher. 🙏🏼 #UGAvsAUB pic.twitter.com/AedNKiLu3t

CBS sideline reporter Jamie Erdahl described the horrifying scene telling the audience she hadn’t yet opened her eyes or moved any extremities. She did eventually open her eyes, but it wasn’t reported or shown that she had made any movement of her own prior to being stretchered off the field.

Coming out of halftime, CBS mentioned that she was an intern within the Georgia communications department and she was taken to East Alabama Medical Center.

Nothing but good thoughts and vibes go out to her and her family.