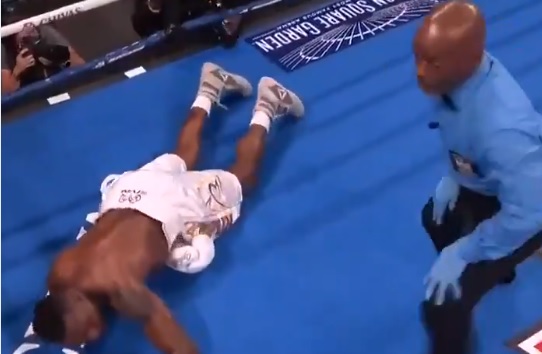 GGG wants another fight with Canelo Alvarez and after tonight he may have earned himself another shot at the Mexican champ.

After a slow start, GGG put Steve Rolls to sleep in the fourth round with a sensational flurry.

Mad thing about this KO from GGG is that Canelo takes it with ease #GGGRolls pic.twitter.com/RceQHkyZVN

During the post-fight interview, GGG called out Canelo Alvarez to fight him later this year.

Let’s hope Canelo is done for another fight because it looks like GGG is ready.