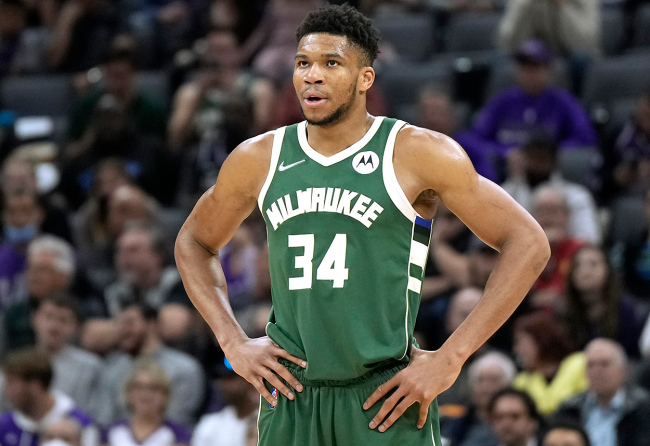 By all accounts, Giannis Antetokounmpo is one of the good ones. The 27-year-old NBA superstar is constantly thinking about others beyond himself and always has time for his fans.

A new video from Saturday shows exactly why Antetokounmpo is the best.

The Bucks traveled to Memphis over the weekend and took on the Grizzlies. Although his team went on to lose, the Greek Freak let his true character shine through prior to the game.

On their way out of the team hotel, he and his teammates were met with a large crowd of basketball fans gathered outside of the exit.

This is likely the case at most places Milwaukee travels, but on this particular day, Antetokounmpo had the time. Instead of blowing by the crowd and choosing not to acknowledge them — which would have been acceptable because he had a game to focus on — Antetokounmpo stopped to sign autographs.

In fact, rather than just signing one or two autographs, he gave his bag to a team staffer and signed autographs for the entire crowd. It was such a big moment for one young fan that he got emotional after Antetokounmpo signed his jersey.

I told this story on the air last night. The most autograph seekers at the hotel in Memphis. @Giannis_An34 … leaving to catch the bus to the arena, could have kept moving. He stops. Hands his bag off. And signs.

Meant so much, one little boy started crying. Giannis gets it. pic.twitter.com/4LlK8d8lRk

Again, Antetokounmpo would not have been chastised if he had just kept moving. He is a professional athlete that was on his way to a very big, important game. If he had just given a wave and walked onto the bus, there would have been some disappointment, but nobody would have thought twice.

But he didn’t he stopped and signed autographs for everybody. What a guy.