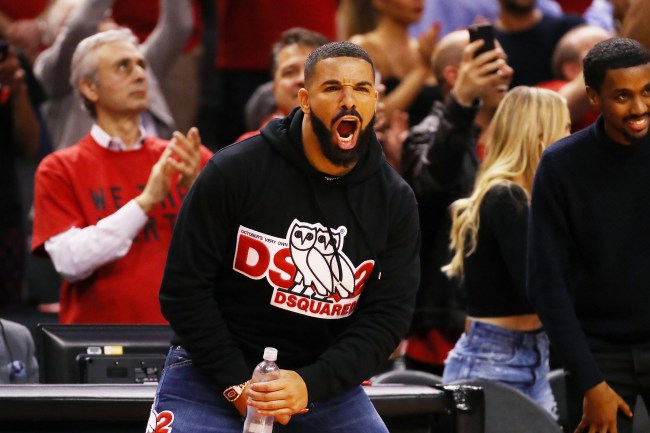 Rap superstar and Toronto Raptors super fan Drake has made his presence felt during games 3 and 4 of the Eastern Conference finals.

During game 3, Drake was seen being his annoying self and talking trash to Giannis and the Bucks throughout the game.

Drake waves goodbye to Giannis after he fouls out and the Raptors take game 3. 🤣🤣 pic.twitter.com/drmteWvvdg

Drake doubled down with his trolling in game 4 which seemed to piss a lot of Bucks fans off.

Drake celebrates and talks trash to Giannis after he misses free throws pic.twitter.com/FaK62YvPqO

After game 4 Georgios Dimitropoulos, the senior director for Octagon Basketball Europe, the agency that represents Antetokounmpo, tweeted that he “never seen anything as disrespectful” as Drake’s obnoxious trolling of Antetokounmpo and the Milwaukee Bucks.

Dimitropoulos would eventually delete the tweet after getting trolled by Raptors fans but it’s kind of funny how Drake trolling Giannis might actually be getting under people’s skin.