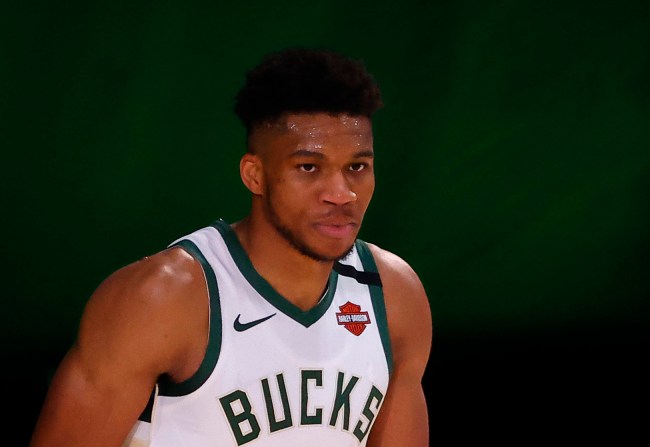 It hasn’t even been a week since the Bucks were eliminated from the playoffs but the speculation about whether Giannis Antetokounmpo is staying or leaving Milwaukee has already begun.

Giannis currently has one year left on his contract and will begin negotiations for a supermax contract extension this offseason but things can get awkward if he declines to re-sign with the team.

After the Bucks were eliminated by the Heat on Tuesday, Giannis came out and said that he wasn’t going to demand a trade this offseason but instead wanted to build a winning culture in Milwaukee.

A @YahooSports exclusive with Milwaukee Bucks star Giannis Antetokounmpo on teams waiting for him to request a trade in offseason: “That’s not happening. Some see a wall and go in [another direction]. I plow through it.” https://t.co/CBCBZUrMia

Even after declaring that he wasn’t going to force a trade fans noticed that Giannis recently unfollowed all of Bucks teammates on Instagram which set off the rumor mill.

Giannis Antetokounmpo unfollowed ALL of his Bucks teammates on Instagram. He’s only following 9 people.

Giannis just went on a big unfollowing spree on Instagram and unfollowed the Bucks and all of his teammates. pic.twitter.com/I098zauzsz

Giannis has unfollowed all of his teammates and the bucks on IG. Get ready everyone it’s happening🚶🏾‍♂️ pic.twitter.com/gkdu1wnDLe

Giannis just unfollowed the Bucks and all his teammates on ig.
GET READY ITS HAPPENING pic.twitter.com/bDHAWuJOeu

It’s going to be a long offseason for Bucks fans.