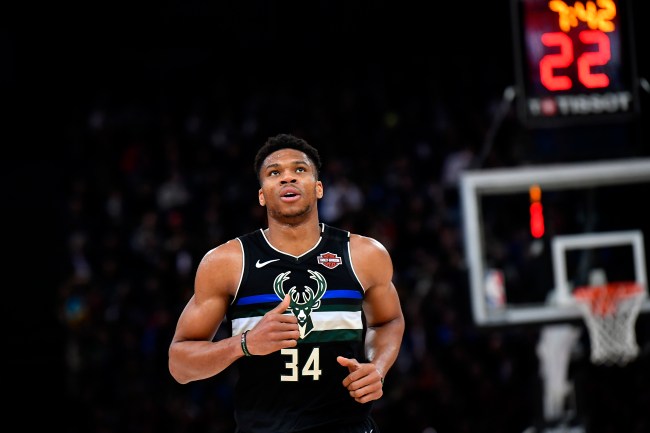 Giannis Antetokounmpo recently signed with the Bucks but the way he went about things during contract negotiations is rubbing fans the wrong way.

On Wednesday, ESPN’s Brian Windhorst reported that before signing his huge $228 million contract, Giannis showed Bucks management all the text messages he got from superstar players from other teams who had tried to recruit him during the offseason.

The anxious days & major moves that led the Bucks to landing the ultimate prize of Giannis Antetokounmpo signing an extension (w/@kevinarnovitz) https://t.co/tSa7Rxs2UA

And they discussed the other things, such as how Antetokounmpo had begun feeling the early stages of recruiting from other players in the league. At one point, sources said, Antetokounmpo even showed the Bucks’ management text messages from stars on rival teams who appeared to be beginning their pitch.

NBA fans didn’t like the fact that Giannis “snitched” on his fellow players to management in such a direct manner which could lead to tampering investigations from the league.

This is like when you show your girl screenshots of other girls try to slide in your DM’s https://t.co/rS8SjxNoK7

Lol Giannis my guy but why snitch 😂 https://t.co/kemomoUBSa