Giants’ Kenny Golladay Gets Heated And Yells At QB Daniel Jones On The Sidelines, Jones Reacts To The Altercation 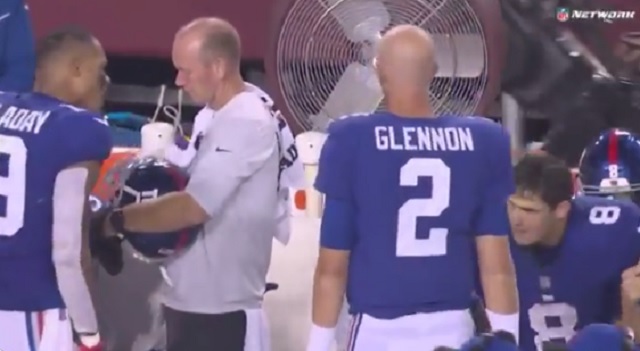 Late in the fourth quarter, Golladay could be seen getting heated and yelling at Jones on the sideline.

After the game, Jones was asked about the altercation and this was his answer.

“I think he was frustrated with the situation. I don’t really think it was to me or anyone in particular”

“I’ve got to do a better job of finding him in some places. He was just frustrated, frustrated with the situation and we’ll be better from it. He plays hard and wants to win and wants to do the best for the team.”

The Giants paid Kenny Golladay all that money to scream at the QB on the sideline?