UPDATE: Odell Beckham Jr. Reportedly Broke His Fibula During Chargers Game And Could Be Out For The Year 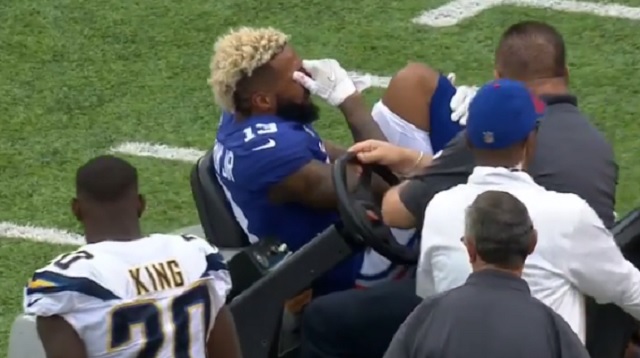 Just when you thought the Giants season could getting worse we learn that Odell Beckham Jr. could be out for the season after suffering a gruesome leg injury in the fourth quarter of today’s Giants-Chargers game

Odell Beckham is headed for surgery, per source. He injured his leg in the fourth quarter.

I’m told #NYG believe Odell Beckham Jr has broken fibula. Not sure if there is any ligament damage. Will have MRI.

If Beckham did indeed break his fibula, he will likely be put on IR and shut down for the rest of the season.