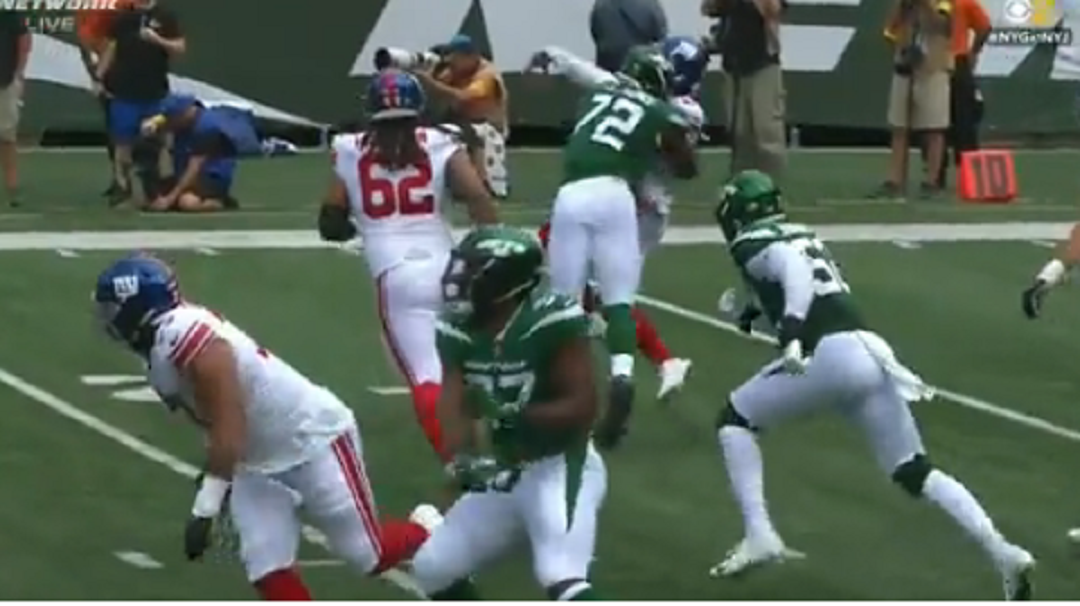 Giants QB Tyrod Taylor had to leave the team’s preseason game vs. the Jets after taking a big hit from Michael Clemons.

In the first quarter of the game, Clemons crushed Taylor, who was trying to run outside the pocket to throw a pass.

Tyrod Taylor ended up getting carted off after this hit he took pic.twitter.com/ytcCtT8ofR

Taylor was able to jog to the sideline but was then carted to the locker room,

Tyrod Taylor carted into the locker room (almost took a security guard with him) pic.twitter.com/IzLMwOyVgo

The team is saying Taylor suffered a back injury on the play.

#Giants QB Tyrod Taylor was carted to the locker room after taking a big hit. He was able to jog to the sideline and was evaluated in the medical tent before the cart came.

Officially, it's a back injury.