Giants WR C.J. Board Carted Off The Field After Appearing To Get Knocked Out Cold Following Scary Hit 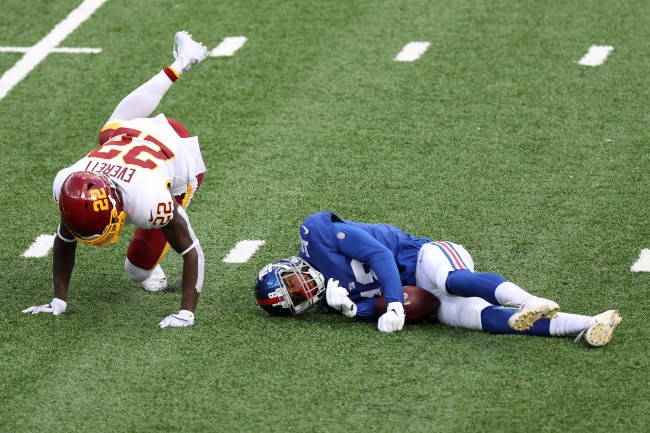 After recieving a big hit, Board appeared to get knocked out after his head violently slammed against the ground.

#Giants WR CJ Board looked like he knocked out after a catch. Has been motionless on the field for multiple minutes, with a trainer holding his head/helmet stationary. Cart/stretcher came out quickly.

Medical officials removed Board’s facemask and he was taken off the field via a stretcher.

There are no updates to his condition as of yet.