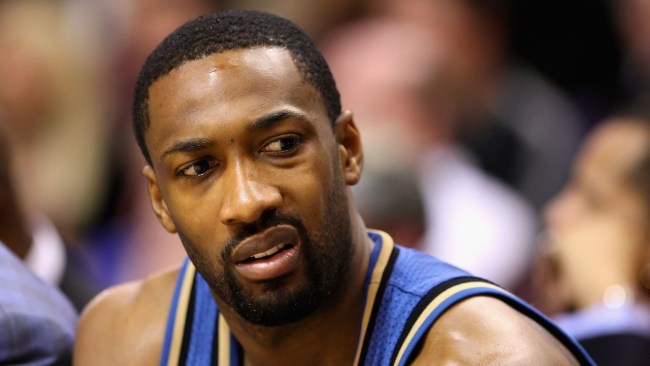 According to the bill, if it were passed, student-athletes in the state would be allowed s to hire agents and be paid for the use of their name, image or likeness, therefore preventing the NCAA from banning athletes that take money or other endorsements.

On Wednesday, the bill was passed in the California State Senate 39-0, which sends it to Governor Gavin Newsom, who has yet to indicate whether or not he’ll sign it.

Naturally, given that the bill would represent a significant moment in college athletics, none other than ESPN’s Stephen A. Smith had some strong opinions about it, sharing them on IGTV. 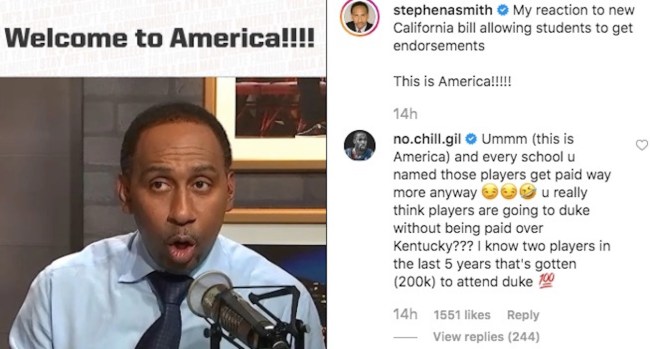 “Ummm (this is America) and every school u named those players get paid way more anyway 😏😏🤣 u really think players are going to duke without being paid over Kentucky??? I know two players in the last 5 years that’s gotten (200k) to attend Duke,” Arenas said in a comment on Stephen A. Smith’s IGTV video.

While college basketball players being paid to attend a specific school isn’t a novel idea, what makes Arenas’ claim interesting is that A) he mentions know two specific players and B) that it’s happened in the last five years.

Duke head basketball coach Mike Krzyzewski has long been seen as one of the good guys in the sport, but if news of mass corruption and massive pay-offs at Duke ever comes out, his legacy could unravel in mere moments.