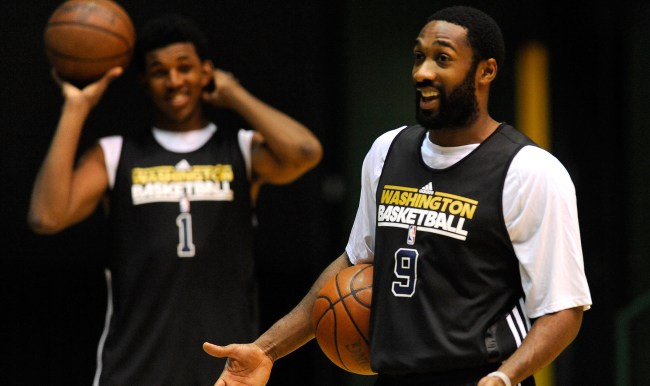 With no games being played and everyone stuck at home, NBA players haven’t had as much of a chance to get in their feelings the past several weeks.

Thankfully, we have former NBA players and former teammates Nick Young and Gilbert Arenas who are currently being petty AF and are in the midst of a major beef online.

Arenas and Young’s beef (this time) appears to have really gotten rolling a few days ago when Swaggy P shared a story about how Agent Zero stole his $1,000 sunglasses and rubbed his balls on them.

Don’t ever tell Gilbert Arenas that you spent $1,000 on some sunglasses.

Now we know why people call him “No Chill” Gil.

Then, a couple of days ago, Young dialed the beef up another notch or three when he took to Instagram with a six-and-a-half minute video where he talked about playing with Arenas and how Gilbert ruined his NBA career.

Naturally, Arenas being “No Chill Gil” clapped right back with an almost 14-minute Instagram video of his own in which, among other things, Arenas calls Young a “jackoff” player and a “blue balls” player because, sure, he would get you going but would never finish.

Oh, how I have missed this.