Kevin Durant Chose The Nets Because He Was Reportedly Tired Of Warriors Drama, Disliked Being Overshadowed By Steph Curry, And Didn’t Want Pressure Of Becoming Savior Of Knicks Franchise 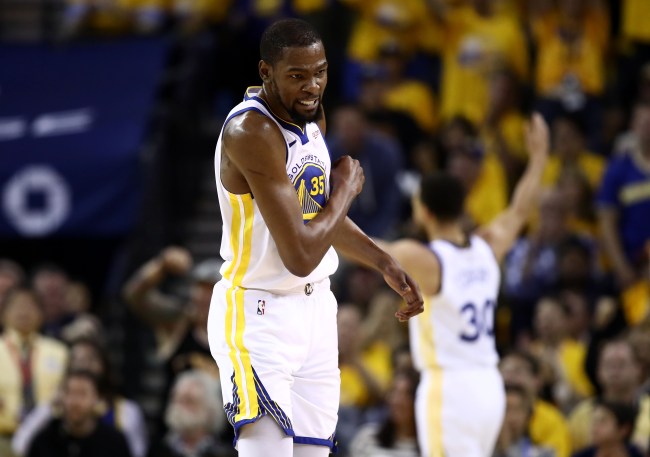 Yesterday afternoon NBA superstars Kevin Durant and Kyrie Irving announced that they were forming their own super team and joining the Brooklyn Nets next season.

t
Today, Bleacher Report’s Howard Beck gave us a behind-the-scenes look as to what went down that led to Durant and Irving pairing up in New Jersey.

According to Beck, Durant wanted out of Golden State because the drama became too much to handle at times and he disliked the fact the team wanted .

Durant had grown weary of the perpetual drama in Golden State, even while leading the Warriors to two straight championships. What some found refreshing about the Warriors—their big personalities, their outspokenness on both on- and off-court issues—Durant found distracting. He wanted a team that placed basketball above all else.

And he wanted to escape the draining debate about whether the Warriors were Stephen Curry’s team or his. At times, Durant felt taken for granted as the Warriors worked to reemphasize their pre-Durant “beautiful game” of constant movement—at the expense of Durant’s isolation play.

Apparently, both KD and Kyrie discussed joining the Knicks last season but when the team started to falter the rising Nets squad began to look like the better option.

Initially, Irving and Durant discussed joining forces with the Knicks. Irving, who was raised in New Jersey, liked the idea of playing close to home. Durant, who was launching a media company in New York, liked the potential synergy, as well as the chance to be closer to his family in Maryland.

But that plan quickly lost steam as the Knicks lost their way. New York won just 17 games with a haphazard roster and a collection of underachieving young prospects. The Nets, meanwhile, were exceeding all expectations, eventually winning 42 games and capturing the sixth seed in the East.

Simply put, the Nets had the superior roster, the more proven front office, the better infrastructure to support two superstars. Irving and Durant both recognized it by midseason, according to knowledgeable sources.

After Kyrie decided to go to Brooklyn, Durant’s decision became easier because he didn’t want to go the Knicks alone and have the pressure of becoming the savior of the franchise.

And neither Irving nor Durant were eager to wear the “savior” mantle that’s thrust upon every star player, coach or executive who lands at Madison Square Garden, from Stephon Marbury, Larry Brown and Isiah Thomas to Carmelo Anthony, Mike D’Antoni and Donnie Walsh.

It’s different in Brooklyn, where the Nets generally operate below the radar, with less scrutiny and more measured expectations. The stars were impressed by Marks, a San Antonio Spurs disciple who favors a low-key, no-nonsense, egoless management style.

It was later revealed that the Knicks were probably unwilling to offer KD a max contract but in the end, it probably didn’t matter because Durant wasn’t going to New York anyways.