Rockets Forward P.J. Tucker Has The Best Take On All The James Harden, Chris Paul Drama 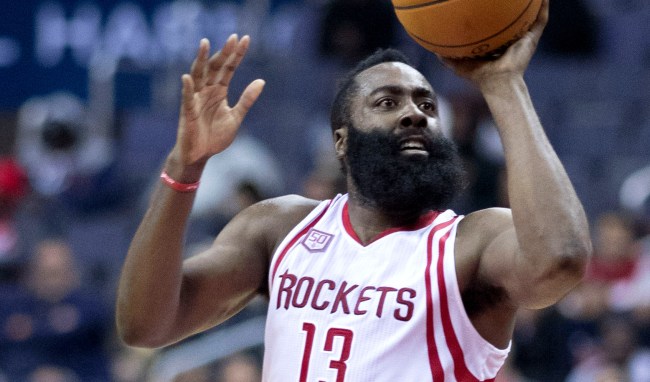 Houston Rockets forward P.J. Tucker has the best take, and really the only one that matters, regarding the whole drama surrounding James Harden and Chris Paul.

Monday night at the NBA awards show, Sam Amick of The Athletic, tracked down Tucker to get the 34-year-old veteran’s take on the relationship between Harden and Paul.

As a leader in the locker room, tell me about James and Chris. You can’t speak for them, but…

Fine, but Game 6 (against the Warriors): How hot was it (afterward)?

It was what it was. Everybody’s mad. Everybody’s pissed. You can’t – I’m sick of all the highlight of whoever this person is trying to come up with all this crap, like I argue with Chris and James more than Chris and James argue with each other. Like, I’m the center, focal (point) of the argument because I’m always yelling at somebody and they’re yelling at me. So for me, it’s like ‘If you’re not arguing…’ You don’t think Kobe and Shaq argued? Hakeem (Olajuwon) and…

But that’s a tough comparison though, right? There’s a threshold there. Kobe and Shaq reached a point where it wouldn’t work anymore.

Tucker is not wrong, and he seems pretty fired up about the media supposedly making a mountain out of a molehill when it comes to Harden and Paul.

And he’s right about Shaq and Kobe winning three titles in eight years despite not always seeing eye to eye.

Tucker also knows Chris Paul better than just about anyone in the NBA, having grown up playing against him in North Carolina as kids on the AAU circuit.

“I wasn’t (sweating the recent reports). I ain’t talking to nobody, because I know. I live it every day,” said Tucker. “There’s nobody on our team together more than me and James and Chris, so why would I sweat it?”

He does sound pretty convincing. Are you buying it?

Read the entire interview over at TheAthletic.com.