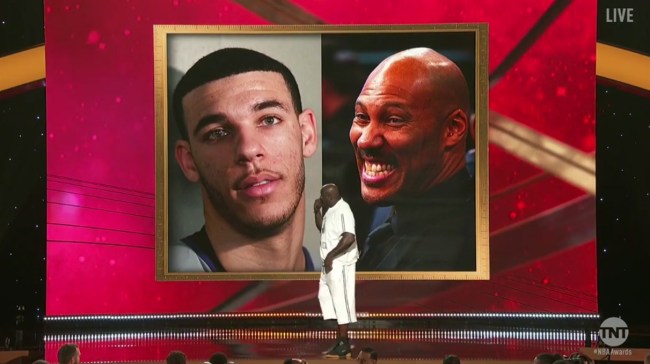 Shaq got the honor of hosting this year’s NBA Awards show and as one would expect, he brought the jokes.

During his opening monologue, The Big Awards Show Host poked fun at several people in the room, including himself, but naturally saved a few jabs for his BFF Charles Barkley. 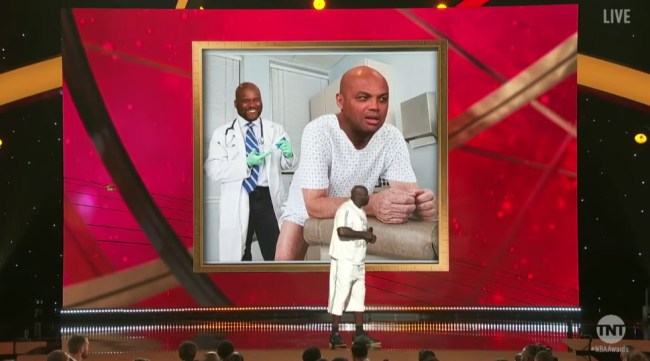 Shaq saved his best joke, however, for his old team the Lakers and in particular the Ball family.

“Anthony Davis is going to the Lakers,” said Shaq. “Yeah, they had to give up a lot. Literally, they had to cut their Balls off to make this trade.”

As one can imagine, NBA fans ate that joke up with a spoon.

SHAQ WON THE NBA AWARDS WITH THE BALL JOKE

They had to cut off their Balls. Shaq on fire… #NBAAwards

Cut the balls off 😭😭😭 Shaq don't do em like that

Later in the show, Shaq’s NBA on TNT running buddies, Charles Barkley and Kenny Smith introduced a brand “new Shaq” for their show Inside the NBA (aka Jay Pharoah doing a hilarious Shaq impression).

“Shaq’s so busy these days, we had to make to make changes to Inside the NBA,” Barkley told the audience before introducing “new Shaq” – who then proceeded to tell Kenny and Chuck what changes he would make to the show… sort of.

Based on the reactions that got on Twitter, it would appear that Pharoah nailed it.

Bruh got me dyin with this shaq impersonation 🤣🤣🤣🤣

Havin a tough time breathing with this Shaq impersonation 😩💀