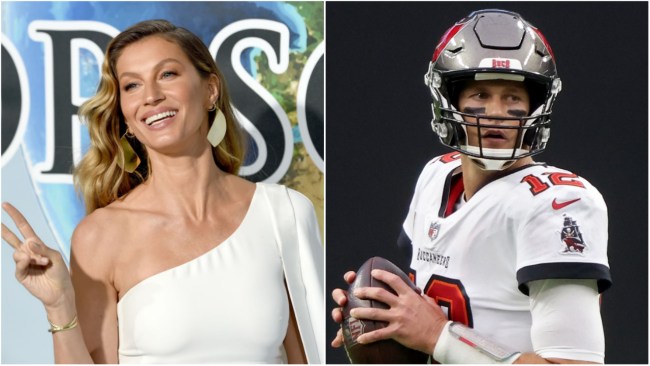 Gisele Bundchen already has a new leading man in her life.

Two weeks ago, Gisele and Tom Brady announced that they had finalized their divorce after months of rumors that their marriage was falling apart due to Tom’s decision to return to play football for another year.

According to Page Six, Gisele was recently spotted on a date with Jiu-Jitsu instructor Joaquim Valente of The Valente Brothers gym.

Gisele Bündchen has a new man in her life after her divorce from Tom Brady, stepping out with jiu-jitsu instructor Joaquim Valente on Saturday.

The duo grabbed a bite to eat at Koji in Provincia de Puntarenas with the 42-year-old model’s two children — Benjamin, 12, and Vivian, 9.

Bündchen showed her stomach in a cropped top and flowing black pants on the dinner date.

The Valente Brothers co-creator, for his part, was all smiles in a gray shirt and shorts.

While it’s unclear when the two started dating back in February, Gisele posted a video thanking the Valente brothers for helping her learn Jiu Jitsu.

The Valente Brothers gym is based out of Miami where Gisele recently purchased her new $11.5 million which is directly across from a house Tom Brady is building.

Gisele Bundchen reportedly looked at the mansion even before Tom Brady took his break during training camp.https://t.co/exaoBb1c9y

“You could literally swim from Gisele’s place to Tom’s — not that they would — but both homes will include a dock, so it would be very easy for them to co-parent their children while living so close to each other,” a source said. (View how close the two homes are to one another here.)

“Gisele was actively looking at homes in Miami Beach even before Tom took his break from the NFL, which indicates that she was already done with the marriage and moving on,” a source said.

It’s going to be real awkward between Gisele, her boyfriend and Brady considering how close they live from each other in Miami.