FOX Sports Is Bringing Back The Infamous Glow Puck, But, Bummer, It’s Just For One Game 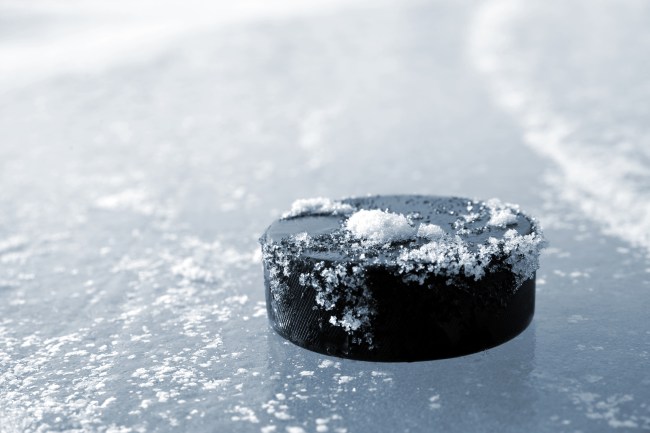 FoxTrax, otherwise known as the “glow puck” by most people, was one of the coolest innovations in sports in the ’90s — even if it came with its fair share of criticism. Any kid who was around back then probably remembers the way FOX Sports tracked the every move of that little rubber puck, allowing viewers watching on TV see when it was hidden on the boards, or, more impressively, how it grew a long red tail behind it anytime it went over 70 miles per hour. It was like a video game effect.

For those who might not remember the glow puck in all its glory, here’s a quick video to show you how dope it was.

Initially making its debut in the 1996 NHL All-Star Game, the glow puck only lasted for FOX Sports for two seasons before the NHL left the network. And, while some may argue that the glow puck was distracting, with some hockey enthusiasts pissed off that it was ever even necessary, it was an idea that a younger generation of hockey fans found awesome.

And the glow puck is making a comeback — albeit, for one game during a special broadcast on FOX Sports West this weekend between the Los Angeles Kings and Edmonton Oilers, which will use the puck-tracking technology. The idea is part of the Kings’ Hockey Night in LA promotion, which will turn the clock back to the ’90s for tomorrow’s game.

While the glow puck will be used during the telecast, it won’t function like it did back in the day, as it won’t have that little red tail growing from it anytime it hits 70 miles per hour. That’s unfortunate, but, hey, at least viewers are going to get a little taste of the badass technology.

“We won’t be able to give the speed of the shot,” Fox producer Steven Dorfman said. “But we can simulate the glow of the puck, and we can simulate the tracking of the puck. Not live, but we will show some plays in the first and second intermissions, and maybe a couple of clips in-game and postgame on what it would look like if that technology still existed.”

“It was brand new back then, and it was polarizing,” Dorfman said. “Hockey purists thought it was insulting, the idea that you would need an effect on the puck to see it. Other people drew to it because it was new.”

As you might imagine, when people heard about the glow puck’s short comeback, they had opinions. Here are some of the comments on Twitter, which were mixed between excitement and anger.

Do I sense………an aversion to the glow puck!? The greatest cultural achievement of our time?

I will as I always do. But if I see the glow puck the TV 📺 goes off. #WorstIdeaEver

nooooo!! Please tell me this is only for like 5 minutes or something?? that glow puck almost killed me back in the day

No glow puck, please. Still have headaches from that ruthless experiment https://t.co/fl6JBEQjIp

For those who remember it, the glow puck was something that had never been seen before in sports, so here’s to hoping more teams consider bringing it back to give a little nostalgia to fans who first saw it.