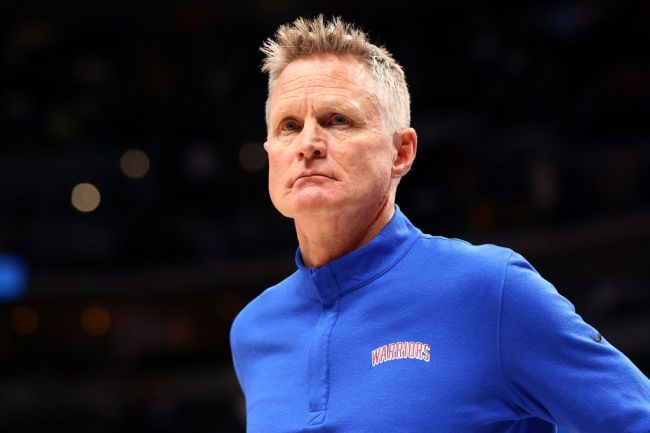 Despite Stephen Curry’s injury absence late in the season, the Golden State Warriors managed to hold on to 3rd place in the Western Conference heading into the playoffs. They are also still viewed by oddsmakers as one of the favorites to win this year’s NBA Finals.

However, it appears the Warriors still aren’t content with their current roster. According to a report, they may be interested in adding Rudy Gobert to their squad during the offseason.

“If Rudy Gobert becomes available this summer, I think you’d find a lot of those veterans with the Warriors might want the team to make a run at him,”

It would be an interesting move for the Warriors. Gobert is mostly known for being one of the league’s best defensive players and the Warriors don’t appear to need much help on defense right now. They allowed the league’s 3rd least points per game this season.

However, a trade for Gobert would give them one thing they’ve never had during Steph Curry’s career. They would have a true rim protector and a top tier center.

Acquiring Gobert would likely require giving up James Wiseman just two seasons after the Warriors used the 2nd overall pick to acquire him. Wiseman has unfortunately not been available often for the Warriors since they drafted him.

The Warriors might also need to give up Andrew Wiggins, who has played the best basketball of his career this season, to make the money work in order to bring in Gobert and his massive contract.

A core of Curry, Klay Thompson, Draymond Green, Jordan Poole, and Gobert would find themselves consistently in contention in the Western Conference if the Warriors could pull this move off over the summer.