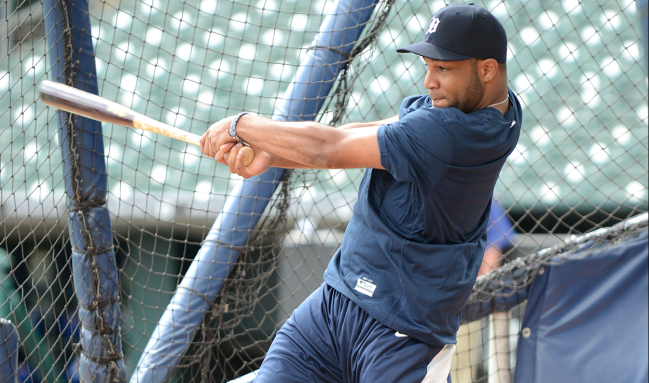 Former NFL wide receiver Golden Tate has found a new career, kind of. After 11 years in the National Football League, he is making his baseball debut on Tuesday.

Tate, who won the Biletnikoff Award as the most outstanding collegiate receiver in 2009, was drafted in the second round of the 2010 NFL Draft. From there, he spent three years with the Seahawks, four years with the Lions, a year with the Eagles, two years with the Giants and part of the 2021 season with the Titans.

After being released by Tennessee in January, Tate did not sign with a new team. Instead, he is turning back the clock and switching from the gridiron to the diamond.

The Port Angeles Lefties of the West Coast League announced on Tuesday that Tate has signed to play with them for the remainder of the 2022 season. He will make his debut on Tuesday in centerfield.

Prior to Tate’s 160-game career in the NFL, he was a two-sport standout in both high school and college.

In fact, Golden Tate has said in the past that baseball was his first love.

Tate was drafted out of high school by the Arizona Diamondbacks in the 42nd round of the 2007 amateur draft, but did not sign. During his freshman year with the Golden Domers, he hit .262 with three doubles and three stolen bases in 18 games.

As a sophomore, Tate hit .329 in 55 games. More impressively, however, he scored 45 runs that season which remains the third-highest in school history.

As a result, he heard his name called again. Tate was drafted in the 50th round of the 2010 MLB Draft by the San Francisco Giants but again chose not to sign.

Now, 12 years later, he will make his non-collegiate or high school baseball debut. To keep up with tonight’s West Coast League action, and Tate’s first game, follow along at the WCL’s scoreboard page.