The Story Of How One Man Launched A Charity Golf Initiative That Raised $100,000 For NYC Frontline Workers In Three Weeks 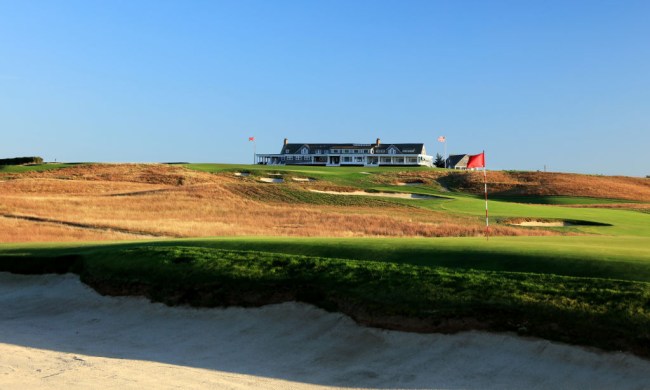 Eric Sedransk was just one of the thousands of people that elected to leave New York City and the surrounding area when the virus began to really show its teeth in early March. He escaped to Hilton Head, SC on March 16 to live with his parents where he could play golf, walk the beaches, and not feel trapped inside his apartment.

Then, the guilt starting sinking in. Here he was in a small South Carolina town where life was still somewhat normal, he was able to play golf while the rest of his family and friends were back in New York City, where seemingly everything was shut down and essentially the last place anyone wanted to be.

Instead of going the simple route, you may even call it the ‘normal’ route, of checking in on friends and family, crossing your fingers and waiting for the storm to pass, he wanted to make a much larger impact and that’s exactly what he did.

“Go back a month ago and I’m unemployed, living with my mother, blindly applying to jobs in the middle of a pandemic thinking “what am I doing with my life,” Sedransk explained. “It’s then that I started thinking less about finding a job and more “how do I want to spend my time? How can I be productive?” A more holistic approach that ultimately led me to starting the auction.”

Sedransk is the man behind Member4ADay Instagram account that has over 4,200 followers. The account is an absolute must-follow for any golf and golf course architecture fans, but a fair warning before you hit the follow button, you’ll be jealous of just about every courses he’s been able to play over the years.

Given the connections he’s made with members and club professionals at some rather prestigious courses he decided to put together a campaign auctioning off rounds of golf with all of the proceeds going to charity.

This may seem easy in theory, but Sedransk knew the list of courses he had in mind was limited.

“I have a decent following on Instagram and some contacts at private golf courses. So I decided to reach out to a few of them and off we went,” he said. “A lot of clubs have bylaws that prohibit them from donating rounds so that limited the number of courses that could participate in the auction. Getting the initial 20 or so courses was a lot of work. We’re talking 2.5 weeks straight of calls and emails filled with a lot of no’s. Thankfully a few great courses, in the beginning, said yes, which was enough to keep me going.”

After just eight days of the Member4ADay Auction launched on May 13, he was able to raise over $100,000 thanks to courses like Medalist, Valhalla, Shinnecock Hills, Sweetens Cove, and Walton Heath jumping onboard.

“I launched the site with around 20 courses. In the first 24 hours, we raised over $12k which was well above our pace towards our goal of $50,000 in 7 days,” Sedransk explained.

“That’s when I started getting DM’s from people I’ve never met before on Instagram offering to donate rounds at their incredible golf courses. One after another people were learning about my auction on Instagram and feeling the urge to help, offering up once in a lifetime rounds to help those in need. By the time we closed the auction we had 48 courses. More than 50% of the rounds came from people I’ve never met. Talk about a community rallying around a cause to help others!”

What’s remarkable is that with around three hours left in the auction, the tally was at $65,000, which is still a gigantic accomplishment, but people weren’t finished bidding and donating their money.

“For the last hour, I put the auction site up on my TV and watched in amazement as the bids came pouring in. Every time I hit refresh there would be another 10 bids. I started losing track of items. It was organized chaos in the best way possible.  With one minute to go someone bid $11,000 on a 3-some at Shinnecock and I almost fell out of my chair.”

This sounds like it’s only the beginning, too. Sedransk said that there are already other auctions in the works with more of a focus on the West Coast and courses in that part of the country.