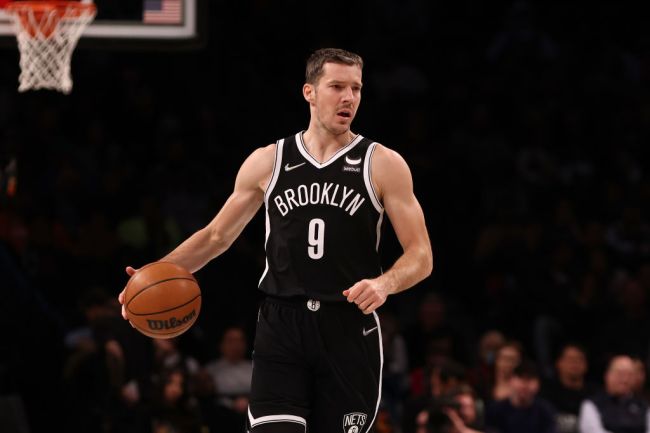 The Brooklyn Nets have had Kyrie Irving and Kevin Durant on their roster for the past three years and made a massive trade to add James Harden and have nothing to show for their efforts.

In fact, this season ended with their superteam experiment looking worse than ever after they were swept out of the playoffs by the Boston Celtics in the first round.

Now one of their former players has pointed out one big problem that will likely prevent the Nets from ever really being a contender. Goran Dragic told a Slovenian media outlet that during his time with the Nets, the focus was not on team success, but on individual performances.

Goran Dragic on his time playing in Brooklyn

“I played with some stars like Kevin Durant and Kyrie Irving, and I have to admit that it was quite difficult because the focus was not the team, but more the individual performances of the individuals.”

This isn’t necessarily a surprising revelation. From the second the Nets put together a team consisting of Kyrie, KD, and Harden there were questions about how there would be enough shots to go around. It seems the answer is that there weren’t.

It already seems like the Nets are getting ready to move on from their superstars and quotes like this make that seem like what’s best for everybody involved.

This “me first” attitude is never going to lead to the Nets winning a ring and every basketball fan got a good look at how destructive it was for the team throughout this past season. It’s the kind of attitude that led to the Nets playing absolutely no defense throughout the season.

It seemed before like Kevin Durant requesting a trade was bad news for the Nets, but maybe a rebuild in Brooklyn is really their best-case scenario right now.