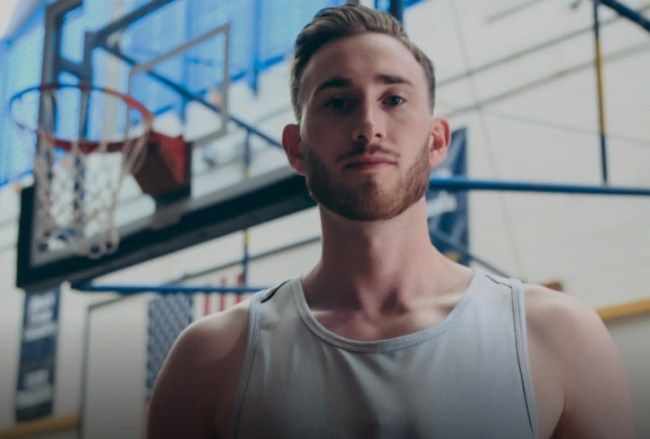 It’s been four months since Gordon Hayward suffered one of the most gruesome leg injuries you’ll ever see. The 27-year-old All-Star horrifically fractured his left ankle while going up for an alley pop on opening night in his first game with the Celtics.

Although the Celtics don’t expect Hayward back until next season, Hayward has already shed the walking boot he rocked for a few months following the injury. Here’s Gordon getting up shots back in November.

As if an eighth Super Bowl appearance in the Brady-Belichick era wasn’t enough for New Englanders to cheer about, I’m sure the region will be delighted to see Hayward, sans-boot, getting up shots on his own two feet. The below video was posted by Gordon’s wife, Robyn.

According to ESPN, Hayward is making small steps to getting back on the hardwood.

“[Hayward has] been doing his consistent workouts,” Brad Stevens said Tuesday before the Celtics’ game against the New Orleans Pelicans. “He’s consistently got his routine with regard to his rehab. He’s doing some spot shooting. Very, very light.

“The other day I had him shoot a free throw in practice to determine whether we’d do the last drill or not. And he made it, so we didn’t do it. He’s doing all that he can right now.”

The Celtics currently have the second best record in the NBA (34-13) behind the Warriors and are atop the East. They are cooing to be absolutely lethal when Hayward returns.