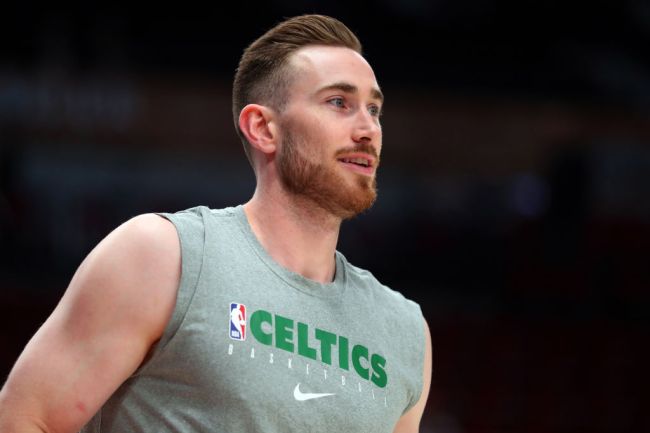 One of my favorite things about sports is being able to listen to sports radio and hear the guys who wait 2-3 hours on hold just to make their point on a certain player or team, only to be hung up on 20 seconds into the call.

On this week’s episode of The Brilliantly Dumb Show, Jersey Jerry (a mob-like figure from New Jersey and regular on the show) took on the task of pleading his case for Gordon Hayward being a Top 10 player in the NBA on national radio. It is a challenge we did with Jerry in order for him to win his own segment on the show, and a challenge that he gladly accepted.

There’s a certain art to radio call-ins and your plan must be executed perfectly in order to not get hung up on. You have to come in all guns blazing and entertain the host quickly enough for them to decide to give you some more time on air. To say Jerry came in hot to The Zach Gelb show on CBS Sports Radio was an understatement.

He decided to come up with some bullshit story about him at a steakhouse and getting an unseasoned steak, that he somehow parlayed into the Boston Celtics needing their extra seasoning in Gordon Hayward. Jerry blew the 51 seconds over/under out of the water before he was immediately hung up on when claiming Hayward is a Top 10 player in the NBA.

A post shared by The Brilliantly Dumb Show (@thebrilliantlydumbshow)

Although he looked foolish, Jersey Jerry hit the over that he insisted he would and has come one step closer to having his own segment on The Brilliantly Dumb Show. He is now 3-3 on his picks and challenges and will need to hit 7-3 in order to win the segment. It is a long road ahead and an absurd journey that you will not want to miss.

For more of this chaos be sure to subscribe to The Brilliantly Dumb Show on YouTube, Spotify, and Apple Podcasts.