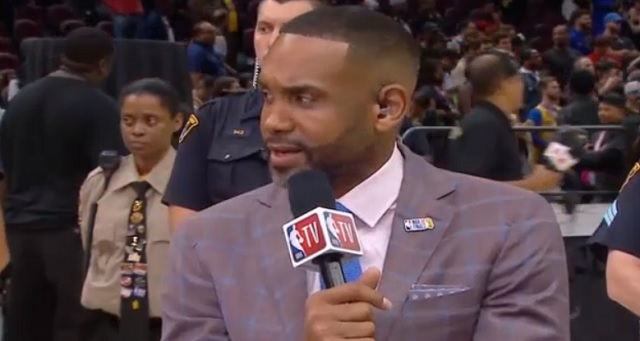 LeBron James and the Cleveland Cavaliers got swept in the NBA finals after getting blown out by the Golden State Warriors. LeBron didn’t have his best game tonight where he shot 7-13 shooting and scored only 23 points.

After the game, NBA TV’s Grant Hill blasted LeBron for his disappointing game and went on to say that Bron doesn’t deserve to be in the GOAT discussion with Jordan after his performance in game 4.

Of course Hill wasn’t aware that LeBron was playing with a “severe hand injury” which was revealed after the game. Despite that fact, Hill’s take is pretty terrible considering LeBron couldn’t have done much more to win with this team. Bron averaged nearly a triple double while scoring over 30+ points a game and just looked straight up exhausted in game 4.