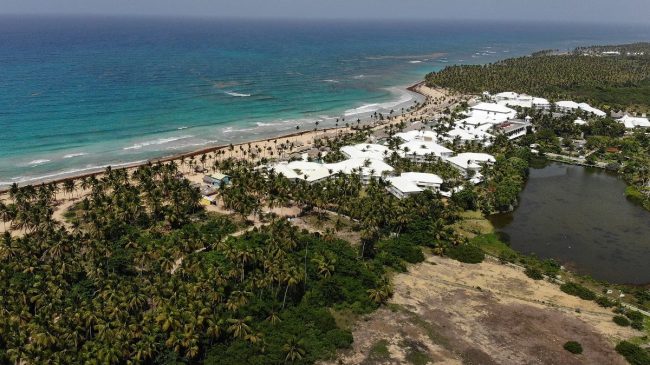 The NFL season kicks off on Thursday and we are over the moon with excitement. Our eyes will be glued to the television as the Buffalo Bills take on the Los Angeles Rams. However, some fans are excited, as fantasy football season is officially in full swing. With that in mind, we just found the greatest fantasy draft of all time.

Yeah. That’s right. These bros went all out for their fantasy football draft. They had a full-on destination vacation trip for several days then capped it off with the draft. Remember that show The League? This is just like that but turned up about 12 notches.

This fantasy draft puts all others to shame.

Sign me up for a league like this, please. Do nine to 11 people want to join a league like this? I’m not even sure if I could afford it every year, but damn this would be amazing. Could you imagine going to a tropical resort just for your fantasy football draft? Hanging out with all of your best friends and their significant others.

These guys are living life and playing fantasy football the right way. They even showcased the hilarious punishment for last year’s loser. At the end of the day, we’re just happy NFL football is back after seeing these bros as excited about the sport as we are.