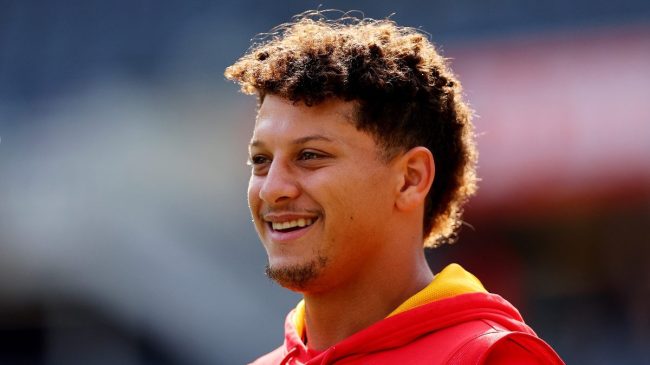 The NFL season is officially upon us which means nearly everyone has their fantasy football teams locked in and ready to go. In the past, the Kansas City Chiefs have produced some of the most consistent options in the fantasy world. However, Patrick Mahomes got real about what to expect from his wide receivers this year.

According to Herbie Teope, Mahomes actually sent out an apology to fantasy football managers. We’ve grown accustomed to Travis Kelce and Tyreek Hill being monsters in real life and the fantasy world. However, it sounds like the Chiefs’ offense will run a little differently this year.

Chiefs QB Patrick Mahomes sends out an apology in advance to Fantasy Football folks. He says "it will be a different guy every week" at the WR position having a big game.

Translation: It's a WR by committee in KC.

Kelce is still in Kansas City but the wide receiver core looks a tad different. The Chiefs signed Juju Smith-Schuster in free agency then drafted Skyy Moore as well. Additionally, Mecole Hardman hopes to earn a bigger role than usual. There are plenty of mouths to feed in this offense and Patrick Mahomes doesn’t see any of them being the top consistent target this year, per Sports Illustrated.

Nobody Is Buying What The Chiefs QB Is Saying

Maybe everyone is just so desperate for a consistent fantasy option that they’ve decided to ignore Patrick Mahomes. Or maybe they just don’t believe a word he’s saying. Either way, barely anyone is buying his message.

WR by committee is nonsense, the best guys will end up with the most targets

A lot of people just assume an “alpha” will emerge.

until someone breaks apart from the pack as clear alpha

Okay, this guy has a point. Patrick Mahomes technically only said wide receivers.

Translation Thee TE1 is coming back for his 👑 😌 pic.twitter.com/ckwYgxRb6G

We’ll see how it all plays out. But just know if you have any Chiefs receivers on your fantasy roster, you’ve been warned.