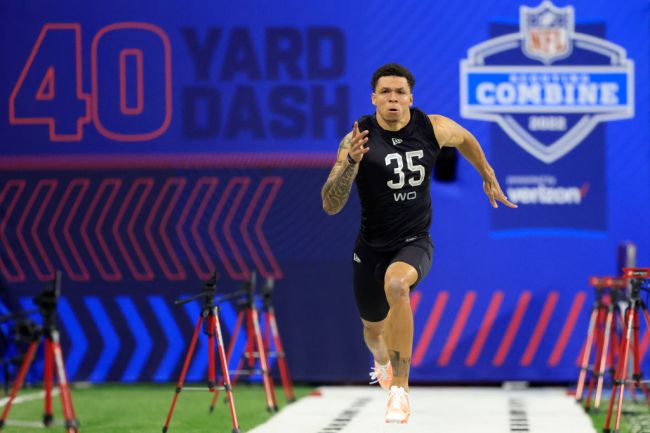 They traded both of their second round picks to the Minnesota Vikings to move up to the 34th pick in the NFL Draft. After making that move up, they used the pick to select Christian Watson, a wide receiver out of North Dakota State.

With the No. 34 overall pick in the 2022 @NFLDraft, the @packers select Christian Watson!

Watson racked up over 2000 yards in the last 4 years with North Dakota State thanks to his impressive speed. Watson ran a 4.36 40-yard dash at the NFL Combine. It would seem that, combined with a good showing at the Senior Bowl, were enough to convince the Green Bay Packers to trade up and get him.

However, he did have once concerning issue during his college career. Watson had an issue with drops during his time at North Dakota State.

Now the Packers have put all of their hope at the position in the hands of Watson. It’s a risky strategy as he will have a ton of pressure on his shoulders from the second he puts that jersey on.

In fact, he could be thrust into the WR1 role quickly if Sammy Watkins once again struggles with injury. That’s a lot to ask out of any rookie, but especially one that fell to round 2. Even Davante Adams didn’t grow into the Packers’ WR1 until year 3.

Packers fans will likely be glad just to have been given some hope at the wide receiver position, but they’re going to need to do a bit of waiting before Watson can begin to make up for the absence of Davante Adams.