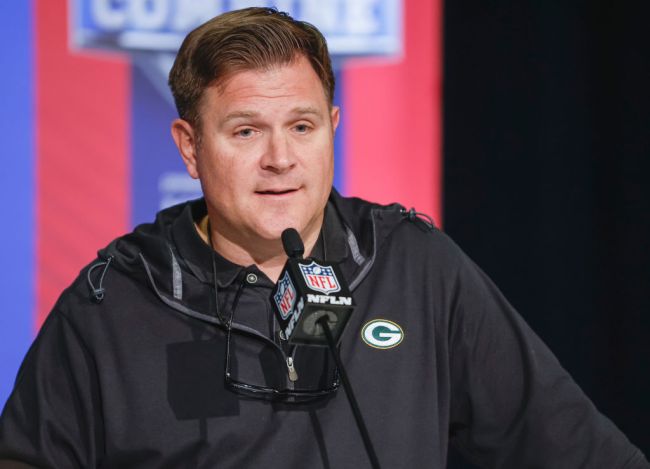 It has been a few weeks since the Green Bay Packers traded Davante Adams, but we haven’t seen them do much to attempt to replace him in that time. That has come as somewhat of a surprise to football fans as there have been quite a few veteran options available trough free agency.

With none of those veteran options seeming to be to the liking of the Packers, it just about guarantees they’ll be drafting a wide receiver with their top pick. That should have them bringing in all of the top options at the position for visits in the lead up to the draft.

While that is the expectation, they have scheduled one visit with an unexpected receiver. According to SI.com’s Bill Huber, the Packers will be hosting George Pickens for a visit.

Some receiver news for the #Packers.https://t.co/qPm0EY28VI

George Pickens was expected to be the top receiver for the National Champions Georgia Bulldogs this season, but an offseason ACL injury limited him to just 5 games and 107 yards. Scouts still have high hopes for him, but he isn’t expected to be a first round pick in this year’s NFL Draft.

Instead, he is viewed as firmly a second rounder, which could mean the Packers are looking to add a pair of receivers in this draft. It’s hard to imagine the Packers using a first rounder on Pickens, especially if somebody like Jameson Williams or Treylon Burks is still available. They also can’t go through day 1 of the draft without taking a receiver.

This could mean they are seriously considering entirely revamping their receiver corps through the draft and pairing Pickens with whoever they use their first round pick on.

It’s a move that might not look great for the Packers early in the season as they try to compete now, but could work out well down the stretch and in future seasons as they finally make the draft investment in receivers that they’ve refused to make for years.

The Green Bay Packers haven’t given Aaron Rodgers wide receiver help through the draft since they drafted Davante Adams. That could change in a big way this year.