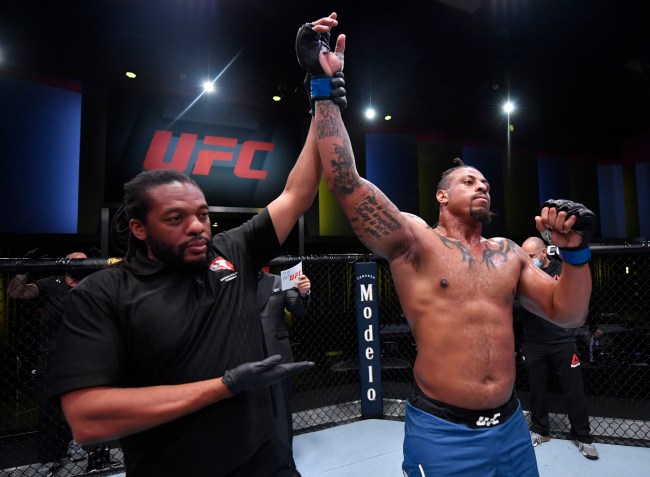 Before his fight against Maurice Greene at UFC Vegas 12, disgraced former NFL star Greg Hardy talked about his progress in the MMA game after two years in the sport.

“I’m reaching assassin level, man,” “I had some valleys to get over, I’m not going to lie. I had to go through some tough times, especially in my last two fights. The last one, I didn’t have to, but I prolonged it just to get some time in the ring. With Volkov, having to figure stuff out and being in there with an assassin, as you saw last weekend.

“If I was a C- or D-level fighter, yeah, I’d say I was a D level fighter. I think I’m in the B class (now). I’ve added some tools and knowledge to where I’m about to start finishing fights and head hunt, looking for a rank next to my name. It’s time.”

On Saturday night Hardy backed up his assessment and impressively took out Greene in the second round of their fight.

After dropping Greene, @GregHardyJr finished the fight on the ground. #UFCVegas12 pic.twitter.com/c4i0d0wskv

Hardy still has a long way to go before he can compete with the top guys in the heavy weight division but it does seem like he’s getting better as a fighter.