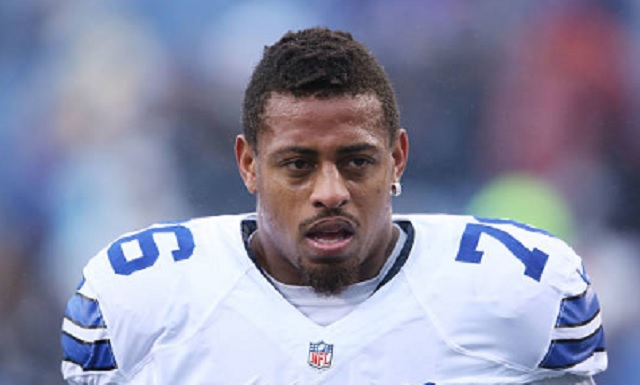 Disgraced former Carolina Panthers/Dallas Cowboys star Greg Hardy, who had his NFL career derailed due to his involvement in a disturbing domestic violence incident with his then girlfriend in 2014, won tonight in his MMA pro debut in UFC’s contender series when he knocked out his opponent Austen Lane in the first round of tonight’s contender.

“I guess he had a real bad drug and alcohol problem. Started to get into MMA. Cleaned himself up. If you talk to anybody he trains with, male or female, they say that he’s a very good guy. He’s very humble. Everybody deserves a second chance. And the guy was never charged with anything, he was never sentenced or anything like that. We’re going to give him a shot.

Before tonight’s fight, Hardy spoke with MMA Junkie and he wants people to get to know him before they judge him.

Get to know me first,” . “Meet me would be a good start. Talk to me, and give me the opportunity that you would give anybody else. Look forward to watching me on TV. Come out and enjoy the event – whether it’s to see me get beat up or to see me excel – and then make a decision or make your opinion and I’ll respect it as a human being. That’s honestly where I have to come from on any platform these days because that’s the reality that I have to live in.”

As for his MMA skills, Hardy displayed unreal power and it’s almost certain that he will get a shot to be on the UFC’s roster after tonight’s performance.

Update: Dana White has announced the UFC will offer Greg Hardy to a developmental deal.

Dana White announces that Alonzo Menifield and Greg Hardy will be signed by the UFC. #DWTNCS

UFC will offer Greg Hardy a contract, but indicate he may fight outside the promotion still to gain experience. Developmental deal, promotion does it occasionally with a prospect they want under contract but needs experience.