Greg Norman Says Peace Was Never An Option, Shoots Down Talk Of Truce With PGA Tour 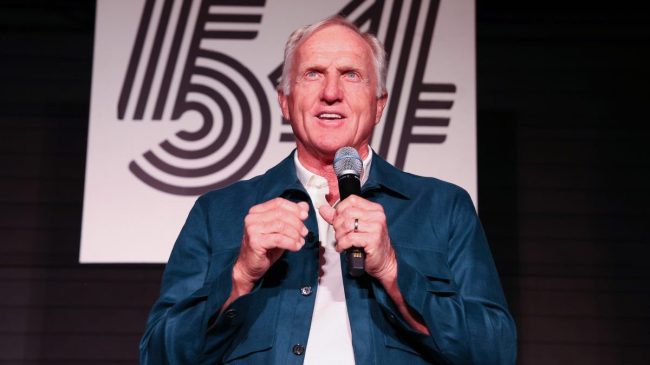 Two-time British Open champion Greg Norman doesn’t appear to be a huge fan of the PGA Tour. In all honesty, it’s tough to blame the legendary Australian golfer.

Though Norman cast the first stone, he’s been painted as a pariah by the Tour for his partnership with the Saudi-backed LIV Golf series.

LIV’s plan to poach the game’s top stars brought on a number of changes for the PGA Tour moving forward. Some of which led fans to claim that Norman and Phil Mickelson were correct in their criticisms.

Players on both sides of the aisle have suggested that the tours put bygones aside and come to some sort of a truce. But Norman appears to have no interest in doing that.

Greg Norman Claims Peace Is Not An Option For LIV, PGA Tour

LIV is set to host its fifth tournament this weekend at Rich Harvest Farms outside of Chicago. Prior to the event, Norman sat down with The Australian to give an interview and discussed why he’s no longer interested in cooperating with the PGA Tour.

“We have no interest in sitting down with them, to be honest with you, because our product is working,” Norman said.

“That’s why we are where we are today,” Norman said. “We tried awfully hard — I know I did personally for the past year…When we knew we were never going to hear from them, we just decided to go.”

Norman also stated that the goal of LIV was never to harm the PGA Tour or DP World Tour.

His words may come as a surprise to some given his prior comments and posts on social media indicating a much dfferent tone. But like it or not, it appears Norman and LIV are here to stay.