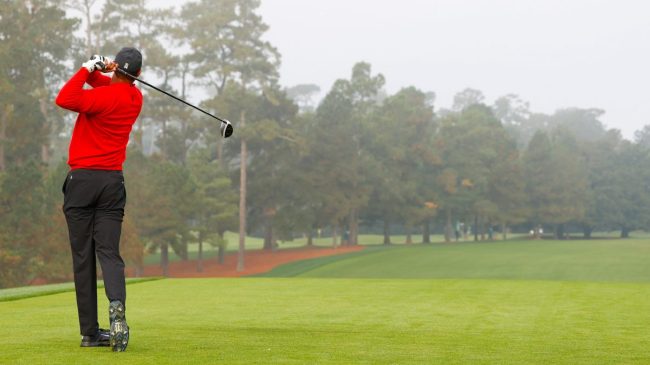 Greg Norman offered Tiger Woods a lot of money to join his LIV Tour. And when we say a lot, we mean A LOT.

The number was revealed to Fox News reporter Tucker Carlson, and the offer price will blow your mind. Honestly, no one would’ve blamed Woods for taking the bag.

According to Politico contributor Sam Stein, the number was over a half a billion dollars.

“Greg Norman confirms to Tucker Carlson that LIV offered Tiger Woods somewhere in the range of $700 to $800 million to join the tour.”

To put that into perspective, Dustin Johnson, widely considered the top golfer on the LIV Tour, was given $125 million to join the league.

Tiger ultimately opted to stay on the PGA Tour, saying that the LIV has ruined any sense of competition and desire to win. He says that the league allows golfers to just show up and cash in on a payday as opposed to battling for a spot on the leaderboard.

Still, a price tag of nearly a billion dollars will make a lot of people do a lot of different things. It’s not like Woods is hurting for the money, but it is a bit shocking that he didn’t even consider the offer. Especially as he’s on the back end of his career.

Woods stuck to his guns, and it has folks on social media talking.

Many were in disbelief that Woods turned down the offer. Most in his position likely would’ve chased the money.

Good Lord, that is an obscene amount of money. Be honest, would you say no?! https://t.co/iKxBS7hKhF

Others applauded his sticking with the PGA.

Good for Tiger for declining.
Nice to see some things are still worth more than money. https://t.co/bB0wvNwPmN

Maybe more insane is the ability for a person to calmly turn this down. https://t.co/zb7EGotgvG

Tiger turns down ~$750M and then slams LIV in a presser at St. Andrews. GOAT moves only. https://t.co/jl5zkNDj0m

The fact that he turned this down may be the only thing more impressive than the offer itself.