Dustin Johnson’s Payment To Join LIV Golf Reportedly Revealed, And It’s A Monstrosity Of A Number 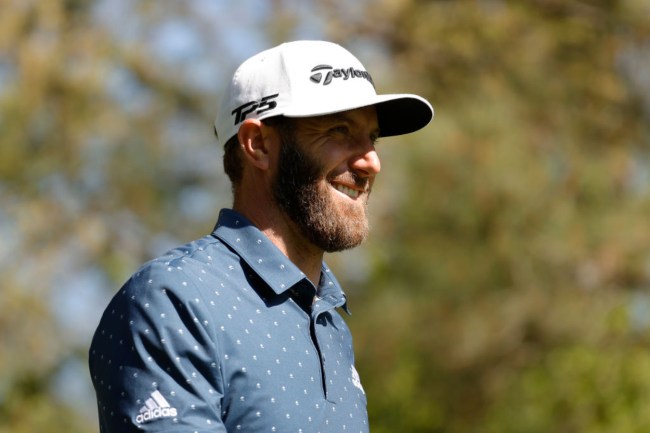 When Dustin Johnson’s name surprisingly appeared on the field list for the inaugural LIV Golf event later this month everyone collectively asked ‘how much was he paid’ to join the Saudi-backed circuit.

Everyone knew the answer to that question was ‘a lot,’ but that doesn’t do justice to the amount of money the two-time major winner reportedly received.

According to The Telegraph, Johnson was paid a sign-on fee of “around” $125 million.

Many floated $50 million and upwards to $100 million when guessing Johnson’s number, but apparently, the Saudis tacked on an extra $25 million for good measure. It’s unknown how that $125 million will be paid out, but if it’s an instant payment, one paid over one to two years, or a timeframe in that range, that’s a rather nice payday nonetheless.

LIV Golf has been upfront from day one that money, specifically guaranteed money, is its number one selling point for its players.

Johnson has earned $74.3 million playing on the PGA Tour and plenty more millions off the course, but a $125 million sign-on fee speaks for itself.

Now We Wait For The PGA Tour’s Response

That type of paycheck certainly takes the sting out of the sponsors he’ll inevitably lose by jumping ship from the PGA Tour. Johnson could be suspended, or even banned, by the PGA Tour for this move, but he’ll be able to look at his bank account and shrug off any punishment that may come down from the Tour.

While the Tour and commissioner Jay Monahan have to put their foot down against LIV Golf, the real interesting response will come from the different governing bodies that run the four major championships.

If players are allowed to qualify and play in major championships and tee it up in LIV Golf events we could see a catastrophic shift in the world of golf.