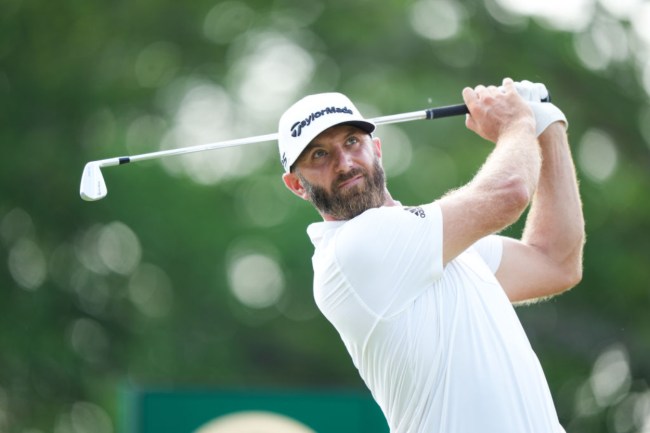 There are many questions still to be answered when it comes to the Saudi-backed LIV Golf Invitational Series, but the one on everyone’s mind for months has been who exactly is going to play on the breakaway golf circuit. We got that answer on Tuesday as the field for the inaugural event was released.

In total, 48 players will tee it up in the first event. Of the 48 spots, 42 were announced on Tuesday with six spots being reserved for “commissioner’s invites” and berths following the results of the Asian Tour International Series England tournament taking place this week.

The first LIV Golf event is set to take place June 9-11 at Centurion Golf Club just outside of London.

Of that group of nine players, Johnson’s name being on the list is by far the biggest surprise of them all.

We’re talking about a two-time major champion, Ryder Cup staple, a FedEx Cup winner, and someone who has earned $73 million on the PGA Tour potentially saying ‘see you later’ to the PGA Tour.

Now, the waiting game begins as to what the Tour’s response will be.

Earlier this month, PGA Tour players who sought permission to play in the first event were denied. All PGA Tour members are required to seek release to compete in non-Tour events.

Most assumed that those looking to play in LIV’s first event would be granted permission seeing as how it’s being held overseas. That’s clearly not how the PGA Tour sees it, however.

Tour players can still choose to play in the LIV Golf events. The decision to do so, however, would likely result in stiff disciplinary action from the Tour, and possibly a ban from the Tour altogether.

LIV Golf events will consist of 54-hole tournaments, shotgun starts, and purses that will pay $20 million for the individual portion, $5 million for the team portion, and a season-finale paying out a $30 million purse.