PGA Tour Officially Denies Players Permission To Play In LIV Golf’s Season Opener, What That Means For The Future 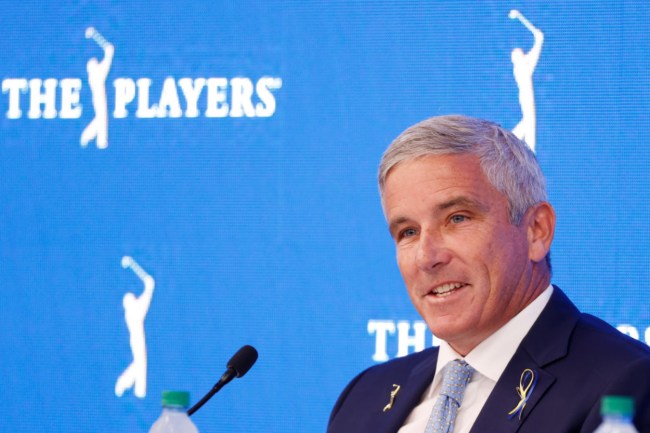 The PGA Tour is not allowing its players to play in the inaugural LIV Golf Invitational series event in London next month.

According to Golfweek’s Eamon Lynch, Tour players who sought permission to play in the event were denied. LIV Golf announced an expanded event schedule for 2023-2025 with $2 billion “dedicated to golf’s global growth” hours before this decision from the Tour was reported.

All PGA Tour members are required to seek releases to compete in non-Tour events. Tour players have been granted permission to compete on other tours around the world for years.

Most assumed that players would be granted permission for LIV Golf’s first event, which will take place on June 9-11, seeing as how it’s being held overseas. That’s clearly not how the PGA Tour sees it, however.

LIV Golf has announced a schedule of eight total events for this season, with the first United States stop coming to Oregon on July 1-3.

What This Means For LIV Golf, The PGA Tour, And Its Players

The PGA Tour and commissioner Jay Monahan denying permission for players to tee it up in the first event in London sends a very clear message.

The PGA Tour sees LIV Golf as a rival. The entire golf world knew this from day one, but this is the Tour officially planting its flag saying it wants nothing to do with the Saudi-funded circuit.

More specifically, it doesn’t want its players to have anything to do with the rival tour.

With this decision, the Tour is hoping that any of its players that did apply for a waiver to play in the first event will withdraw.

Many thought things would officially get hairy between the Tour, its players, and LIV Golf ahead of the first States-side event in July, but the Tour is getting out ahead of this thing.

Monahan is giving anyone with a PGA Tour card an ultimatum.

At the end of the day, Tour players can still choose to play in the LIV Golf events. The decision to do so would likely result in a stiff disciplinary action from the Tour, however, with a possible ban likely in play as well.

The money to be made in these LIV Golf events is life-changing.

LIV Golf Investments committed $400 million to launch the league with a total of $250 million being shelled out for prize money.

LIV Golf could also fold by the end of the year. There’s also the moral side of things for players to take into consideration given where said life-changing money is coming from.

Chief Executive of LIV Golf Greg Norman says that LIV Golf Investments is independent and will not answer to the Saudi government or Mohammed bin Salman Al Saud. pic.twitter.com/H7fKGBTuT4

A group of players will participate in LIV Golf’s first event next month. The question of who, exactly, has now turned into how many will be actual PGA Tour players given this latest development.

Greg Norman, the CEO and commissioner of LIV Golf, responded to the Tour denying players permission to play in the London event shortly after the news became public.

“This is particularly disappointing in light of the Tour’s non-profit status, where its mission is purportedly ‘to promote the common interests of professional tournament golfers.’ Instead, the Tour is intent on perpetuating its illegal monopoly of what should be a free and open market.  The Tour’s action is anti-golfer, anti-fan, and anti-competitive. But no matter what obstacles the PGA Tour puts in our way, we will not be stopped. We will continue to give players options that promote the great game of golf globally.”

Some sort of court battle is inevitable at this point, that’s about all anyone knows amid all of these moving parts.