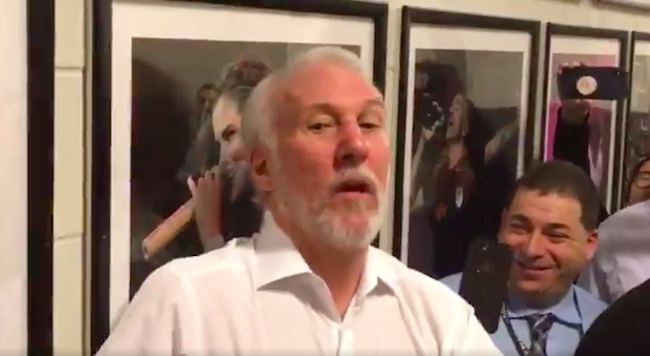 There must have been something in the Gatorade at NBA arenas on Monday based on the number of altercations that took place over the course of the day. Ben Simmons and Kyle Lowry kicked off the festivities when the Raptor invited the 76er to meet him in the tunnel after the two were ejected from the game, and the Houston Rockets capped things off when former Clipper Chris Paul used his inside knowledge of the Staples Center to lead a squadron of teammates into the Los Angeles locker room after an especially chippy matchup between the two teams.

A careful observer might have noticed there was one key similarity between the two incidents: a lack of actual fighting. Despite the sheer amount of tough guy bravado on display, none of the players involved traded blows. Orlando Magic guard Aaron Afflalo threw an ill-advised punch at Minnesota Timberwolves forward Nemanja Bjelica the night after, but it seems like his willingness to actually throw down is the exception, not the rule— which I guess you could argue is actually a good thing.

With that said, San Antonio Spurs coach and ever-outspoken quote machine Gregg Popovich is clearly not a fan of NBA players who are unwilling to back up their posturing with actual action. During an interview with reporters on Wednesday, he mocked the many athletes who spend way too much time waiting for their teammates to swoop in and hold them back instead of actually following through on their threats.

Watch coach Popovich do his impression of an NBA fight. 🤣🤣🤣 #GoSpursGo #nba pic.twitter.com/3Ieg3ZNiby

The clip cuts off just as Popovich starts to reminisce about “The Malice At The Palace,” and while I’m sure he’s not a proponent of players jumping into the stands to fight fans, I can only imagine he looks back fondly at the early years of his career as a coach when the New York Knicks adopted a hockey mentality by having an enforcer on hand at all times.