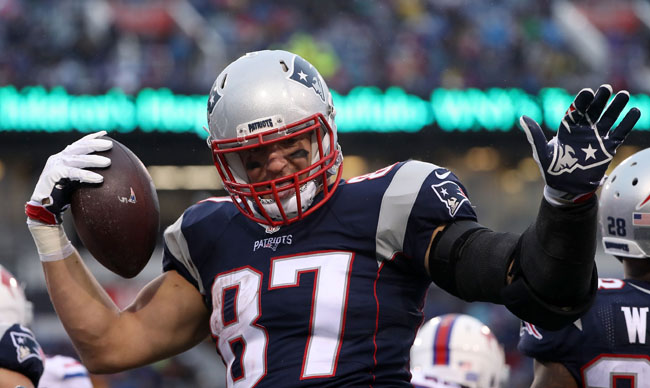 Is Rob Gronkowski immature? Yes, and that is why we adore him for being the 6’6″, 265-pound man-child that he is. Part of Gronk’s persona is being a gigantic NFL star with fame and fortune, yet having the sense of humor as that of an 8th grader. It’s kind of like Tom Hanks in the movie “Big,” but in real life. That lovable youthfulness includes jokes about the number 69.

Gronk loves the number 69 so incredibly much that he wants to change his jersey. While appearing on Bleacher Report’s The Simms And Lefkoe Podcast, the New England Patriots star tight end said he’d consider changing his number from number 87 to number 69. Gronk said he was willing to do the right thing and be willing to pay the current owner of the jersey number, Shaq Mason, for the jersey switch. Gronkowski said he would only pay one price for it: $69,000.

Check out all of the latest NFL news HERE as we eagerly wait for football to start.