Today In World Records We Think We Can Beat: Most Basketball Layups In One Minute 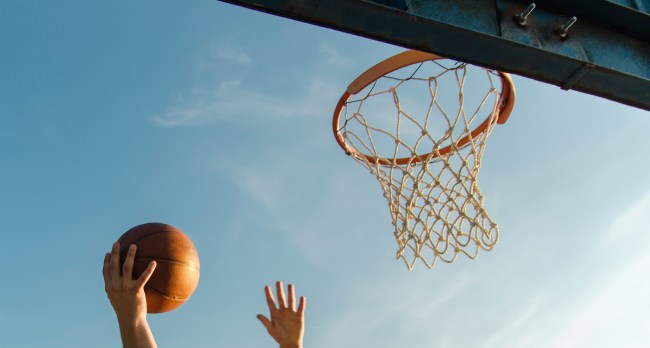 A energetic kid in California named Anthony Clairicia set a new Guinness World Record for most basketball layups made in one minute. And it really doesn’t seem like the record he set would be terribly hard to beat. (Though it’s probably harder than it seems.)

Some comments from my fellow writers here at BroBible included “pretty sure i did more than that during practices in high school” and “I feel like I can go outside and do that right now.”

I have to tell you, I am right there with them too.

Before you watch the video, take a wild guess how many layups this kid made to set a new Guinness World Record for most layups made in one minute.

20. He made TWENTY. Not bad, but I still totally think I could walk out to my driveway right now and break his record.

According to Guinness, “Anthony was looking for way to be productive, play basketball and achieve goals during the Covid-19 pandemic, so he decided to practice every day after his school year ended to set this Guinness World Records title.”

What do you think? Could you break Anthony’s world record?

How about these other basketball-related Guinness World Records?

I think I beat that last one one night back in college.

Looks like we’ve got some work to do, kids.