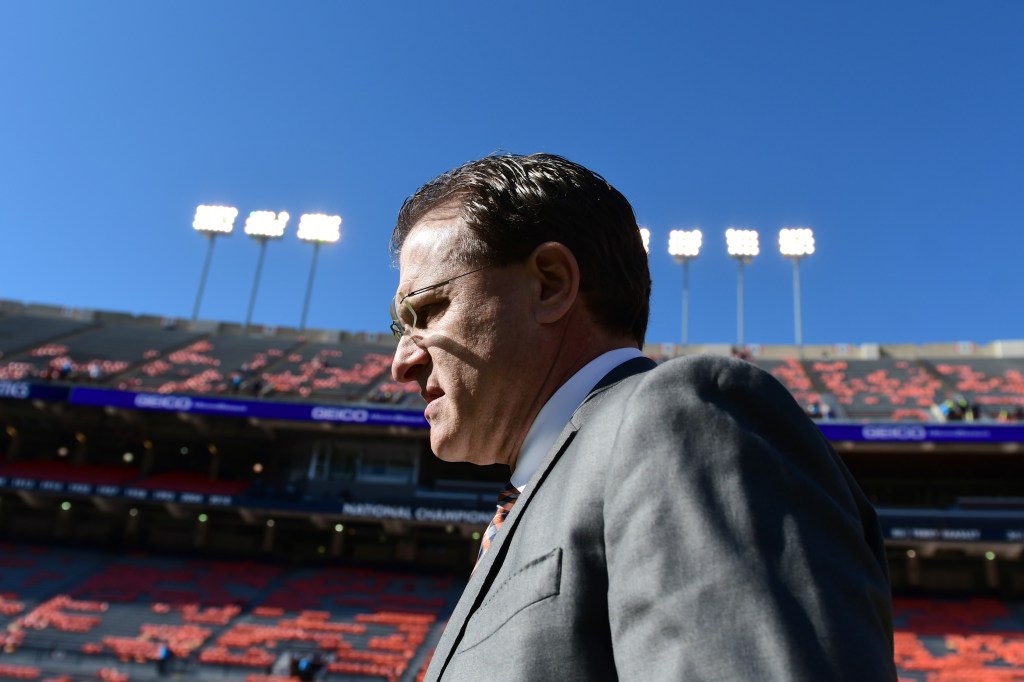 Gus Malzahn was announced as the new head coach of the UCF Knights this week. The former Auburn head coach came out guns a-blazin’ at his introductory press conference and made a vow about recruiting that the Big 3 of Florida (FSU, UF, and Miami) are sure to take notice of.

The funniest moment of Gus Malzahn’s introductory press conference came when a laughable reporter asked the new head coach if he understands “what kind of pressure cooker he’s walking into at UCF.” To be clear, UCF is not a high-pressure coaching situation. They’ve been on the national stage for less than a handful of years. They’ll need to keep up these winning ways for the next 50 years in order to catch the Big 3 of Florida BUT it certainly seems like the hiring of Gus Malzahn is the first step in keeping the Knights football program moving in the right direction.

Gus came out and talked about recruiting and how they’re going to recruit the state of Florida harder than any program out there, and they will create a 6-hour fence around the school to grab talent from Georgia, Alabama, and other states in The South. If you’re a coach at UF, Miami, or FSU then you 100% took notice of what Gus had to say here:

“Florida will be our (recruiting) priority,” Malzahn said. “But we’ll also recruit Georgia, we’ll recruit Alabama and we’ll recruit in South Carolina. If we have relationships with a certain player outside, we will (recruit them), but we’ll spend most of our time within a six-hour circle.” (via 247sports)

Let’s take a look at what the UCF Knights have done on the recruiting front in the past and what they’re doing now:

Has anyone bothered to tell Gus Malzahn that UCF has exploded as a program because they’ve found ways to do more with less? The Knights haven’t cracked the top 50 in recruiting at any point in the past 11 years yet they had 10-win seasons in 3 of the past 4 seasons. Gus certainly brings a newer high profile to the program that will grab the attention of blue-chip recruits but the idea that hiring a new coach will completely overhaul a program’s recruiting and bring it to sustained levels never seen before in a state that’s dominated by Miami, UF, and FSU…that’s just not possible.

UCF will remain good, probably get better, and they’ll almost certainly sign a better-recruiting class next year than ever before but this idea that they’re going to beat the Big 3 of Florida at recruiting is insane.