Guy Bets He Can Do 2,400 Pushups In 12 Hours And Action-Starved Gamblers Bet Over A Million On The Challenge 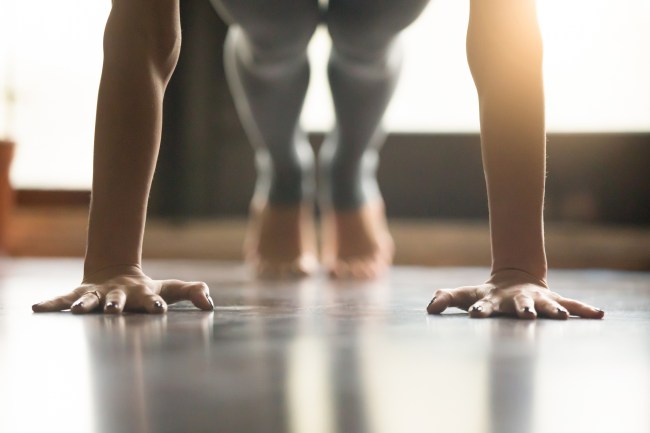 The gambling industry has been hit as hard as anyone. Without the existence of sports, there’s really nothing to bet on outside of proposing random bets on everyday events like me betting you I can throw a football over them there mountains like Uncle Rico or my drunk Aunt Christine betting the family (on Zoom) that she can chug her entire Bud Light Lime bottle without using her hands.

Jonathan Bales (@balesfootball) is the co-founder of FantasyLabs which is an analytics and tools platform for Daily Fantasy Sports (DFS). There are currently zero sports happening right now which means the DFS industry is on hold for the time being, kind of. Bettors were able to get their fix this week after an interesting bet was live-streamed on Twitch for 12 hours.

Peter Christensen (@draftcheat) bet Bales $2,000 that Jonathan wouldn’t be able to do 2,400 pushups in 12 hours. When it was all said and done, Action Network says the DFS community bet over a million dollars on the feat.

Spoiler alert: Jonathan Bales won the $2,000 bet against Peter Christensen and it only took him 11 hours and 5 minutes to complete the 2,400 pushups. There’s footage of the bet below but the Action Network has a rundown of how everything played out:

The challenge required Bales to do 3.33 pushups per minute for 12 hours, and prior to the event starting at 11 a.m. ET on Thursday, Bales wouldn’t reveal his strategy publicly. But once the stream got underway, he started with sets of six pushups each, which continued for hours. He then rotated sets of six with sets of five, eventually tapering off to sets of four for the duration.

“I was going to do higher reps, but everyone [I talked to] suggested not to do that,” Bales said. “After the long break [five hours in], I could’ve finished faster but I thought I might get injured. I was feeling like I was going to tear my bicep.”

On his plan, Bales said he never wanted to have “more than six reps at a time and never have more than 45 seconds of rest in between reps. I planned to finish in 9 hours, with some wiggle room in case I couldn’t keep up the pace, which is obviously what happened.” (via)

In an interview, he said that they ‘obviously won’t know’ most of the bets that were in play because they’d be taken P2P but the expectation was there would easily be seven figures in action on his attempt to bust out 2,400 pushups in 12 hours. I don’t doubt that for a second as friends of mine who aren’t in any way attached to the gambling community were group texting his stream around this week. If you want to watch the feat + his form you can find it all in the Twitch stream below:

2,400 pushups is almost a completely meaningless number to me. I have no fucking clue how many pushups I could do in 12 hours. I work out pretty regularly, usually 4 to 6 days a week between cardio and lifting, and I honestly don’t know if I could do 500 or 3,000 pushups in 12 hours if there was enough money on the line.