Man Scams People, Including His Mom, Out Of $750K With Non-Existent Super Bowl Tickets, Then Vanishes 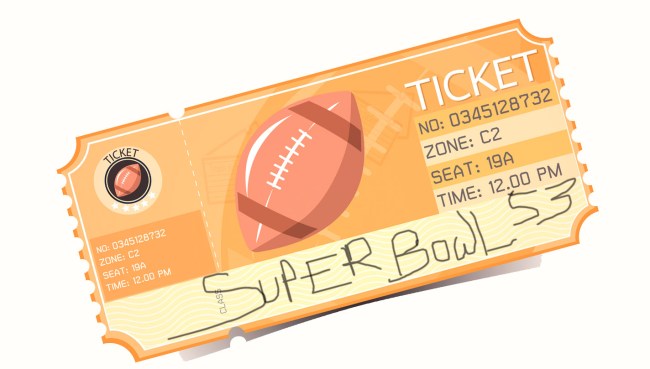 Move over Billy McFarland and the Fyre Festival, you’re old news. Scamming people, including your own mom, by selling them non-existent Super Bowl LIII tickets is the new hotness when it comes to scamming people out of their money.

Ketan Shah from Gwinnet County, Georgia has disappeared after raking close to a million dollars by selling Super Bowl LIII tickets that he had no intention of ever delivering.

Amazingly, this man was able to swindle that much money from only around a dozen people in the Atlanta area.

Records obtained by Channel 2 Action News early Thursday morning show the man’s own mother has accused him of theft tied to the scam, and his wife told Channel 2 investigative reporter Nicole Carr she hasn’t seen him since reporting him missing early this month.

Carr received the tip about Ketan Shah from an alleged victim who lives in Sandy Springs. The man told Carr that Shah, who owns a digital printing shop and sits on numerous community boards, took off with $20,000 and never delivered premium Super Bowl tickets.

Even crazier is that Shah’s mom was one of the people who contacted police, claiming her son ripped her off to the tune of $36,000. She declined to press charges, however.

“It was a similar promise to all the other people who bought tickets,” said Minish Shah, who is not related to Ketan Shah but knows him well through the community. “One hundred level seating with access to the concierge lounge and a few pre-parties. I find the whole situation kind of bizarre, and hopefully, there will be some kind of logical explanation.”

Yes, the logical explanation is that you all got played and this guy is probably on a beach somewhere right now with all of your money.

Carr went to Shah’s Digital Xpress business in Norcross and found his wife, Bhavi, who broke down in tears.

“Do you know where he is?” Carr asked, as Bhavi Shah shook her head.

“He’s been roaming all over the town,” she replied. “I really don’t know where he is now. I really don’t, I’m sorry.”

Police records show Bhavi Shah told authorities that her husband had recently taken out a half-million dollar loan against the business without his wife’s knowledge. She also told police she knew nothing of the alleged ticket scam.

“We’d certainly like to get his side and see if there’s something more … some trouble that he’s been in,” said Cpl. Wilbert Rundles, a Gwinnett County police spokesperson. “It’s a very odd situation that you would take people this close to you and scam this kind of money — any money — but especially this large of an amount, and then just disappear.”

Dude has over a million bucks and vanished without a trace. He ain’t coming back by Sunday with any tickets.