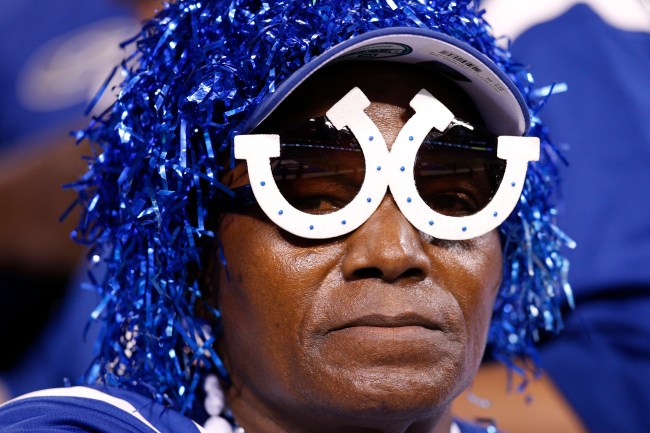 Where were you when the Indianapolis Colts broke the brains of every NFL fan when they tried the most buffoonish, insane, moronic, head-scratching, vomit-inducing play since the National Football League was formed in 1922?

If, in a mechanism of defense, your brain blocked out this dumpster fire of a play, let’s recap what went down.

The date was October 18, 2015. Week 6. The Colts had been hanging tough with the formidable Patriots clinging to a six-point deficit when, on fourth-and-three with about a minute left in the third quarter, they did the unthinkable.

I, I–I can’t even explain it. Just look.

Four years ago today, the Colts tried to run a fake punt play.

Why was a wide receiver masquerading as a center? Why did he snap the ball? Why was the whole right side of the line offsides? Why did Chuck Pagano think he could outsmart Bill Belichick?

Former Colts punter Pat McAfee’s explanation of the disaster only answers some of the looming questions.

“The whole idea there was, on a fourth-and-3 or less, shift to an alignment where you either catch them misaligned, they try to sub some people in, catch them with 12 men on the field,” Pagano said. “If you get a certain look, 3 yards, 2 yards, you can make a play. But again, we shifted over, and I didn’t do a good enough job coaching it during the week.

“Alignment-wise, we weren’t lined up correctly and then a communication breakdown between the quarterback and snapper. That’s all on me.”

Hey, and remember that pitiful failed fake punt the Broncos tried to pull last night against the Chiefs?

The Broncos tried a fake punt…
The @Chiefs were all over it. #ChiefsKingdom

You can’t make this shit up.

The circle of life.