The #1 Goal Scorer In England, Harry Kane, Shares The Nutrition Tips That Led Him To Physical Greatness 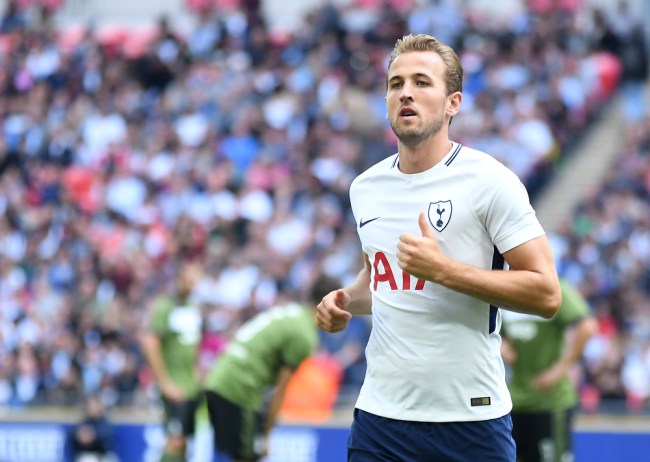 Tottenham forward Harry Kane led all goal scorers in England’s Premier League last season with 29 goals. He took home the coveted ‘Golden Boot’ award for the second straight season (he also scored 25 goals in 2015-2016 to lead all scorers). The Tottenham Hotspurs finished 2nd in the Premier League last season thanks to Harry Kane’s barrage of goal scoring and he’s on pace this year to set the record for most goals ever scored in a calendar year (6 goals in the Premier League so far and 5 goals in the Champions League).

In a recent interview with the UK’s Independent, Harry Kane talked about how he juggles diet and nutrition with playing two games a week. He and his wife (his H.S. sweetheart) used to cook at home most nights but that quickly became cumbersome. These days, Harry has someone preparing his meals for him in advance based on his soccer schedule as he juggles time between captaining both the England National team and Tottenham Hotspur. Here’s what Harry (@hkane) had to say about how he balances carbs, nutrition, and training:

The precise schedule of the meals, relating to training and matches, is important. “You could eat healthily all week and then carbs before a game, and that could make your body go into shock because you’re not used to it,” Kane explained. “So maybe eat higher carbs sometimes, lower other times, making plans around training.”
…
…..
…
…..
When you’re playing Saturday, Wednesday, Saturday there’s not a lot of time to train,” Kane said. “So it’s about making those little gains in other ways: ice baths, stretching, nutrition. That keeps as you as fresh as you can be. It’s a big part of football nowadays.” Kane does not even drink alcohol during the football season, so committed is he to being the best player that he can. (via)

If it sounded like I was doting on Harry Kane a little bit above it’s because I was. I picked up the Tottenham Hotspurs as my soccer team of choice about 6 or 7 years ago when a friend from London converted me into a fan, and it’s been incredible to see the meteoric rise of Harry Kane over the past few seasons and how much of an impact he’s had on the success of the program.

Thankfully for me, I’m a lazy p.o.s. who doesn’t have to run up and down the soccer field twice a week and I don’t have to plan out my meals like Harry Kane. I can also drink as much as I want on Saturday mornings while watching the Spurs navigate the 2017-2018 Premier League and Champions League seasons. Bros, if you’re out there and looking for a British soccer team to root for because you don’t have one of your own yet, let me invite you to hop on the Tottenham train because there are few teams as exciting as the Spurs.