Hawks Guard Tony Snell Has Ended The Michael Jordan Vs. LeBron James G.O.A.T. Debate With The Wildest Statistical Season Ever 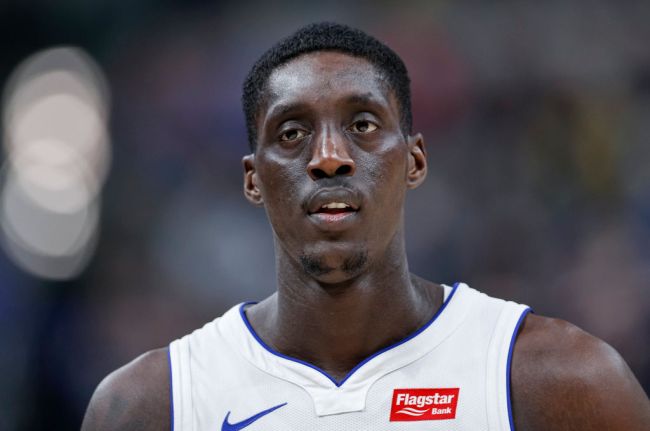 The ongoing debate over whether LeBron James or Michael Jordan is the Greatest Of All-Time is over. Atlanta Hawks shooting guard/small forward Tony Snell has surpassed them both in 2021.

Drafted No. 20 overall in the 2013 NBA Draft, the eight-year veteran closed out the regular season with the most efficient line in history. Snell became the first player (minimum 100 attempts) to ever make 50% of his field goals, drain 50% of his three-point attempts and hit 100% of his free throws.

It’s official. Tony Snell is the first player in NBA History to have a 50-50-100 season. What an accomplishment by Tony Snell and congrats pic.twitter.com/kPShRGjdd1

Snell’s wild season stat-line is not the only record he broke this year. In fact, his previous achievement helped him reach the 50-50-100 mark.

On March 13, 2021, Snell was fouled on a three-point attempt against the Kings. Sacramento head coach Luke Walton challenged the call, but it was ultimately upheld. That put Snell on the line for the first time in 2021. Thus, one of the most unique active records came to a halt.

After an NBA-record 471 (!!) minutes played without attempting a free throw, Snell drilled both shots. The makes marked his 37th and 38th made free throw in a row.

TONY SNELL HAS DONE IT!!!

The NBA record holder for most minutes played during a single season without attempting a free throw is OVER at 471.

big drama ensues as Luke Walton CHALLENGES but the call is upheld.

Snell steps to the line and drills them both, now 38 in a row! pic.twitter.com/XQGgJMkNdy

Snell’s streak continued throughout the remainder of the regular season, helping him become the only member of the 50-50-100 club. He made two free throws at Denver on March 28. Then he made seven-straight attempts in a four-game stretch against New Orleans, Golden State, New Orleans again, and Memphis from April 2 — April 7.

Snell’s career has been consistent. He isn’t a superstar by any stretch, but he is rarely, if not never the worst player on the court. With that being said, he has been a part of some pretty unbelievable outlier moments.

Needless to say, Snell’s first eight years in the NBA have been nothing short of exhilarating. He and the Hawks will charge into the NBA Playoffs as the five seed in the East against New York. The Knicks will need to get together and figure out a game plan to stop the NBA’s efficiency G.O.A.T. to have any chance at winning.